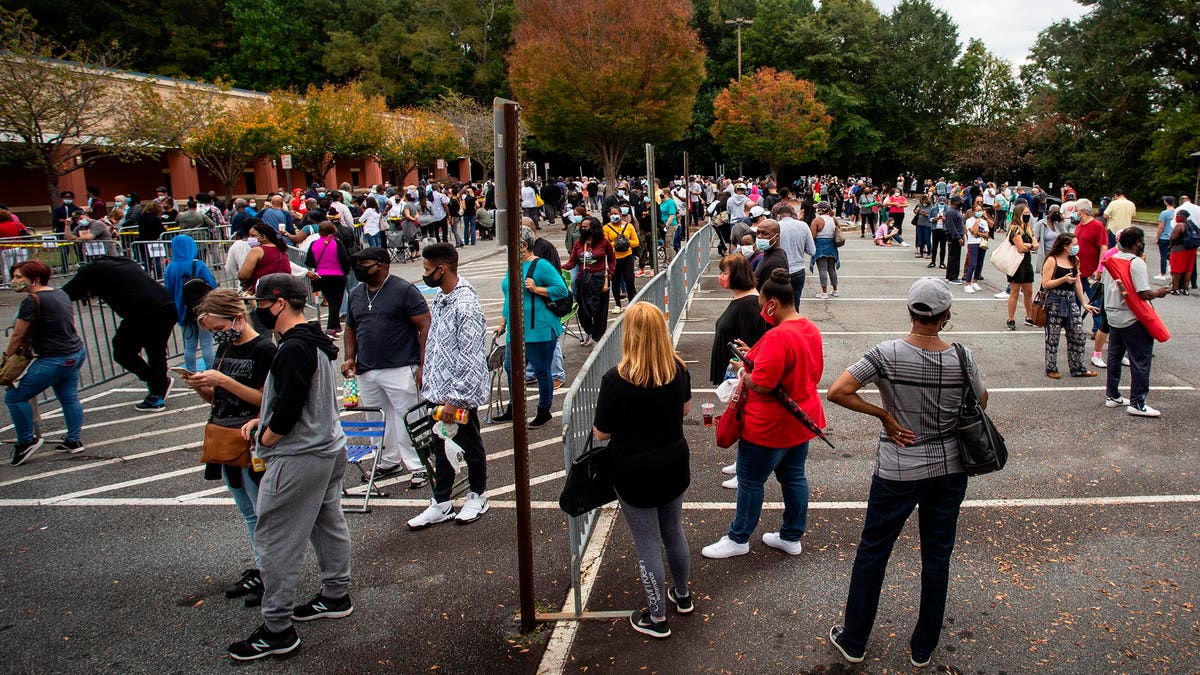 Long voting lines that plagued Georgia polling places this week were caused by computers moving much slower than election officials had planned on, the Atlanta Journal-Constitution found, which in some cases were only able to process 10 voters per hour while the state was experiencing record turnout for early voting.

There have been widespread reports of long lines during early voting this week, the first week of the early voting period for the presidential election in Georgia.

The first two days of voting brought 243,000 Georgians to the polls, but only after waiting in lines that in at least one case took five hours to get through.

Officials in Georgia, including the Secretary of State, blamed the long lines on record turnout, but