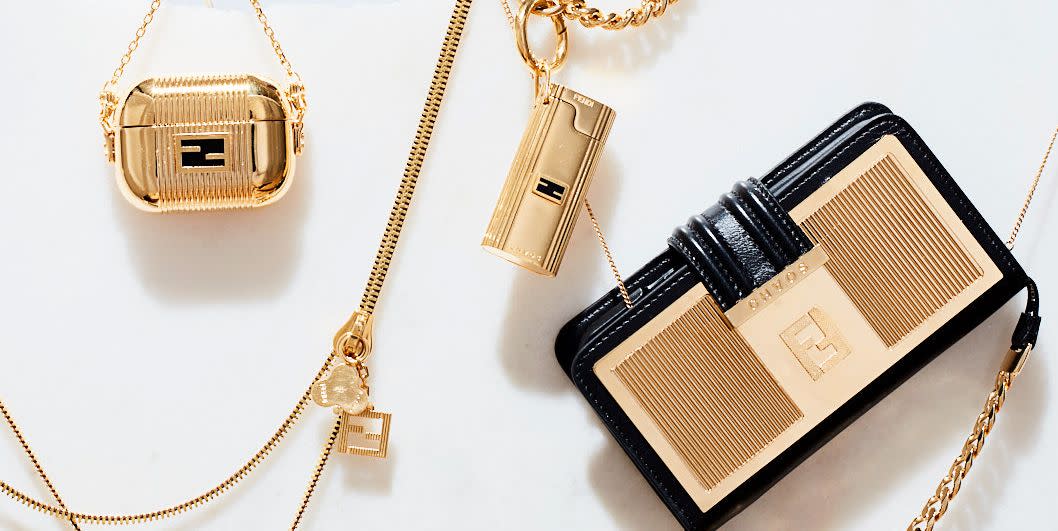 Last February, when Fendi unveiled its collaboration with British accessories brand Chaos —a collection that includes super luxe AirPod and smartphone cases—we had no idea just how precious our relationship would become with our gadgets. Or that after seven months of remote work and learning, we’d be more likely to treat our devices (aka our closest friends in a pandemic) to a new fancy look than ourselves. Hey, if we aren’t dressing up as much, why not dress up our gear? Enter Fendi x Chaos.

The gilded collection is a result of Chaos designers Charlotte Stockdale and Katie Lyall’s longstanding friendship with Karl Lagerfeld, who was at the helm of the brand since 1967, and continues to this day with the house’s artistic director Silvia Venturini Fendi. Inspired by Old Hollywood glamour, the duo employed a chic palette of black and gold