Close your eyes and think about a tech entrepreneur.

Most people would picture Mark Zuckerberg, and that’s a problem, particularly for girls and black and brown boys who can’t imagine technology as a career for people who look like them.

Carlos Vazquez says statistics like those are why he founded his nonprofit, Miami EdTech, in 2017. Miami EdTech has been on a mission to bring more computer science education to schools, particularly in lower-income neighborhoods, said Vazquez, Miami EdTech’s CEO.

Even a global pandemic didn’t stop the organization’s progress this year. Miami EdTech took its six-week programming course for teachers

The University of Washington has moved up two spots to No. 8 in the latest ranking of Best Global Universities from U.S. News & World Report, beating out such prestigious institutions as Princeton, Yale and Johns Hopkins.


The UW held onto its No. 2 ranking among U.S. public institutions and also landed in the top 10 in several subject areas that were ranked, including computer science.

“We are proud to be consistently recognized for the excellence and impact of our scholarship across so many subjects,” UW President Ana Mari Cauce said in a statement. “It’s especially gratifying to see the work of outstanding programs like infectious diseases and immunology listed among the very best in the world at a time when we need discovery and innovation in these areas more than ever.” 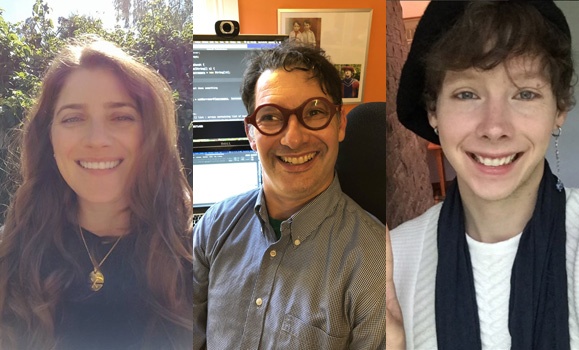 As the fall term moves into high gear, academic units around Dalhousie are adapting to the new reality of online teaching. For the Faculty of Computer Science (FCS), that shift has been made easier by a teaching development approach known as the community of practice, an organic movement based on relationship building and peer support. By sharing teaching experiences — and even attending each other’s classes — faculty members in the FCS are gaining moral support and expanding their pedagogical horizons. Other faculties at Dalhousie are also enjoying success with this approach.

The architect of this movement in the FCS is educational developer Stephanie Bernier. Bernier was hired last August and brings a wealth of experience in online pedagogy to Dalhousie, having spent the previous 20 years directing digital learning and ICT programs at colleges in Dubai.

UNIVERSITY OF NEW ORLEANS COMPUTER SCIENCE: Alumna and Google Vice President Sabrina Farmer has funded a computer science scholarship with a $250,000 gift to the University of New Orleans. Farmer, who earned her undergraduate degree in computer science from UNO, is vice president of engineering site reliability for many of Google’s billion-customer products such as Gmail, Search, Google Maps, Android and Chrome. A Marrero native, she also oversees reliability of product infrastructure, including Google’s authentication, identity and abuse systems.

UNIVERSITY OF HOLY CROSS: Free telecounseling is available from 11 a.m. to 8 p.m. Monday through Thursday from the University of Holy Cross. To schedule a session, call (504) 398-2168.

UNIVERSITY OF NEW ORLEANS UNDERGRADUATE SCHOLARSHIP: A $250,000 gift from alumni Tom and Connie Kitchen will create an undergraduate scholarship at the University of New Orleans. Tom Kitchen, a former executive with Stewart Enterprises and Avondale Industries, earned both a bachelor’s 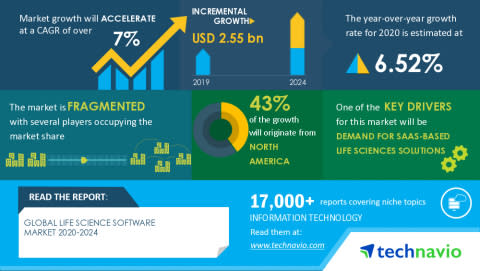 The global life science software market size is poised to grow by USD 2.55 billion during 2020-2024, progressing at a CAGR of over 7% throughout the forecast period, according to the latest report by Technavio. The report offers an up-to-date analysis regarding the current market scenario, latest trends and drivers, and the overall market environment. The report also provides the market impact and new opportunities created due to the COVID-19 pandemic. Download a Free Sample of REPORT with COVID-19 Crisis and Recovery Analysis. 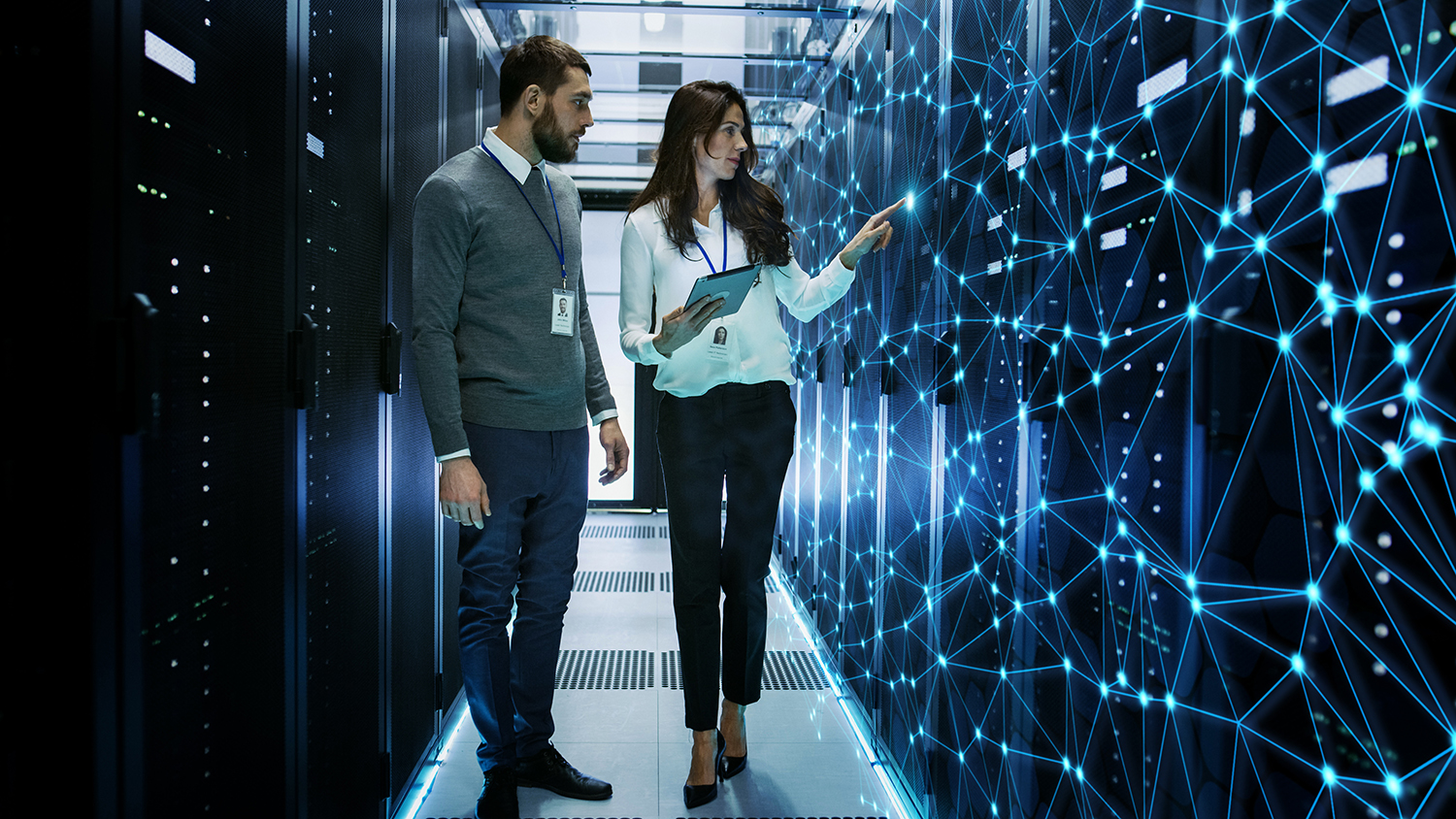 A computer science degree translates to many exciting technical careers, and each year new career options open up because of groundbreaking technical breakthroughs.

This is reflected in the abundance of computer science degrees offered at local colleges and universities.

Employment of computer and information research scientists is projected to grow 15% by 2029, much faster than the average for all occupations, reports the U.S. Bureau of Labor Statistics.

The computer science degree opens the door to many high-paying careers, and these grads earn some of the highest starting salaries of any major.

“The biggest change is how interdisciplinary it has become,” said Luay Nakhleh, J.S. Abercrombie professor of computer science and chair of the Department of Computer Science at Rice University. With computing driving innovation in almost every field — art, business, communications, healthcare, STEM, etc. — it is important for students to be exposed to computer science education early to help ensure they can thrive in their careers and as informed citizens.

A new Google/Gallup study finds that eight in 10 U.S. school district superintendents either “strongly agree” (42%) or agree (38%) that having computer science education would significantly improve the future career options for students in their school district. Another 14% are neutral on this question, and only 6% disagree.

A degree in computer science can be earned from most colleges, universities, and community colleges. Some students even opt to complete a degree in an online format. The following is a list of some courses in which individuals can expect to participate when in a computer science program. While this is not a complete list of all the courses that would be involved, these are the most common, and often required courses.

Students in this course will explore computer hardware structures, low-level programming, and programming language. After completing this course, students should understand the internal structure of digital computers. This course is designed to give a fundamental understanding so students can build on this foundation with more advanced courses.

This course will likely involve very basic steps involved in computer science. Even if students have some experience working with computers, this course … Read More

Data Science is a study of analyzing data in different aspects. In several cases of consideration of data analysis, there is a general abstract framework that describes a basic structure on how data has to be designed. For example, in the generation of music notes, there’s a certain criterion like using only particular music notes for the respective tunes. Describing data analysis is a difficult conundrum. Developing a framework involves considering the elements of the data and implementing it using programming language.

Why should we use programming languages for data analysis?

As we know, data is used in many streams such as banks-to store customer details, hospitals-to store patient records and so on. For this, we require a place to store all the data. To make it function according to the requirements, we make use of programming language.

It is a programming language developed by Robert Gentleman and Ross Ihaka. It deals with various concepts of graphical and statistical methods. It includes statistical interference, linear regression, and machine learning algorithm, time series and much more. Detailed analysis like data reduction, correlation and clustering of data are easily done with R programming. The data handling process of R is very effective as compared to the rest. Critical programming language concepts are easily analyzed by R. It also provides large, integrated, coherent collection … Read More