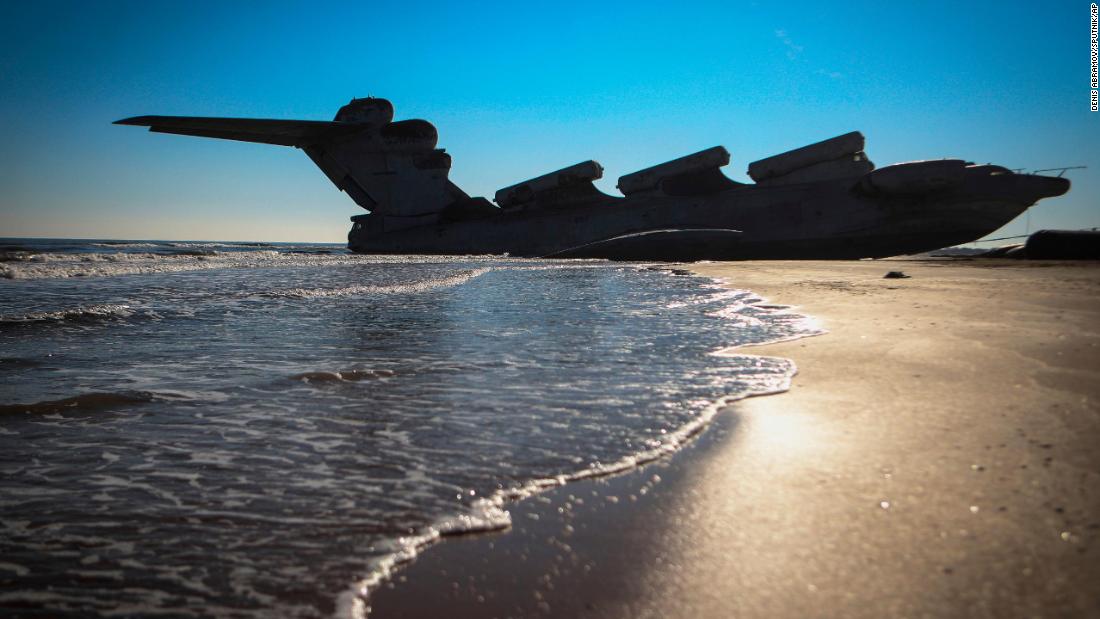 (CNN) — Beached on the western shores of the Caspian Sea, it looks like a colossal aquatic beast — a bizarre creation more at home in the deep than above the waves. It certainly doesn’t look like something that could ever fly.

But fly it did — albeit a long time ago.

After lying dormant for more than three decades, the Caspian Sea Monster has been on the move again. One of the most eye-catching flying machines ever built, it’s completing what could be its final journey.

In July of this year after 14 hours at sea, a flotilla of three tugs and two escort vessels maneuvered slowly along the shores of the Caspian Sea to deliver their bulky special cargo to its destination, a stretch of coast near Russia’s southernmost point.

It’s here, next to the ancient city of Derbent, in Russia’s republic of Dagestan, that the 380-ton “Lun-class

I recently went to a luncheon and introduced myself to the person sitting next to me. I told him who I was and that I was a website designer, he shared with me that he gets emails from people who do what I do all the time and that he got five that day. I mentioned to him that I myself get a lot of website sales emails even though I build websites for a living. There is a tremendous hunger to stand out from the rest in all businesses, however, the volume of website solicitations in which this person received was mind blowing. Almost SPAM-ish. It made me think how many more people may also get this volume of solicitation from companies within the tech industry. This brief conversation taught me a hard reality within my industry, not only from a customer’s perspective but from an industry perspective.