Investing in a future-proof product

This year, Kentico rebranded its well-known Kentico EMS product to Kentico Xperience. The new brand name is inspired by the nature of the product (a digital experience platform), as it combines content management, commerce, and digital marketing capabilities. Together with the rebrand and visual facelift of the product, the company has also turned its attention to its business model with new subscription licensing and the technologies they use. With the latest release, Kentico is one of the very first DXP vendor to switch to ASP.NET Core MVC.

Clearfind.com today announced an unprecedented data-driven tool that allows business leaders to take control of their entire software ecosystem. For the first time ever, companies have a line of sight into their software management processes and can confidently make decisions in real time about which products to add or change within their software ecosystem.

Clearfind.com is an easy-to-use, unbiased artificial intelligence platform that leverages a unique data set to streamline the way companies manage and optimize their software ecosystem, helping them drive down software costs and manage fewer vendors. Clearfind.com is already used by partners from a variety of world-renowned companies, including Airbnb.

“We have streamlined the entire software management process,” said James Layfield, Clearfind.com Co-founder. “Our unique data and methodology makes it possible for companies to now manage their software needs, arming them with the right insights to consolidate their business. We’re thrilled to 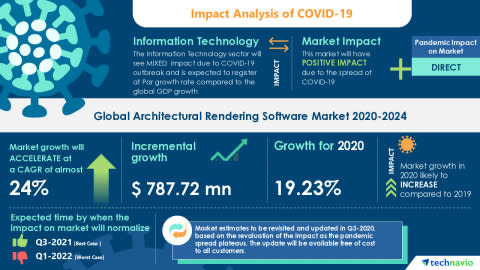 The global architectural rendering software market size is poised to grow by USD 787.72 million during 2020-2024, progressing at a CAGR of almost 24% throughout the forecast period, according to the latest report by Technavio. The report offers an up-to-date analysis regarding the current market scenario, latest trends and drivers, and the overall market environment. The report also provides the market impact and new opportunities created due to the COVID-19 pandemic. Download a Free Sample of REPORT with COVID-19 Crisis and Recovery Analysis.

The market is witnessing an increase in the demand for architectural rendering software from emerging markets such as India, China, Indonesia, and the Philippines. This can be attributed to the growing focus on the construction of innovative building 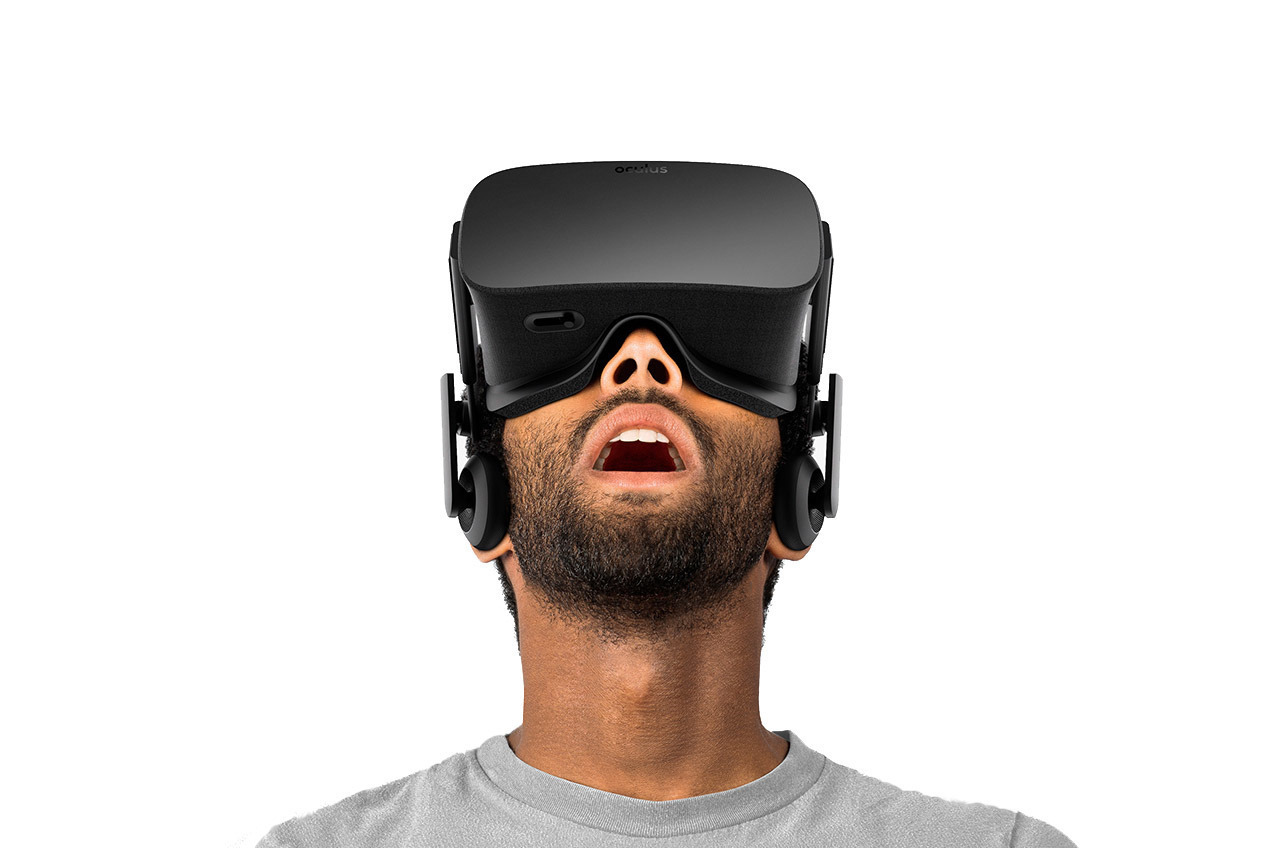 Apple AR glasses or VR headsets may include a switchable audio system that can provide a range of different listening modes, while also incorporating a system that could smoothly blend a real-world view with virtual imagery at speed.

Items like the often-rumored Apple Glass smartglasses or an augmented reality or virtual reality headset have to rely on providing users with convincing visuals and sufficient audio for full immersion. Both elements, however, offer their own unique issue that companies producing head-mounted displays have to conquer.

For audio, there’s a world of difference between the audio needs for AR and smart glasses, and that of VR. While the former may want limited audio and to still be able to hear the rest of the environment, VR use typically relies on blocking out external sounds, leaving just the audio of the virtual world.

The market is estimated to grow at a CAGR of 7. 6% during 2020-2027. The drug modelling software market is growing primarily due to increasing adoption of in-silico modelling tools in drug discovery and rising economic burden of drug discovery in Europe.

However, factors such as lack of data standardization are likely to restrain the growth of the market.

Drug modelling has become an essential tool in the drug design process.Software-based drug discovery and development methods are playing a key role 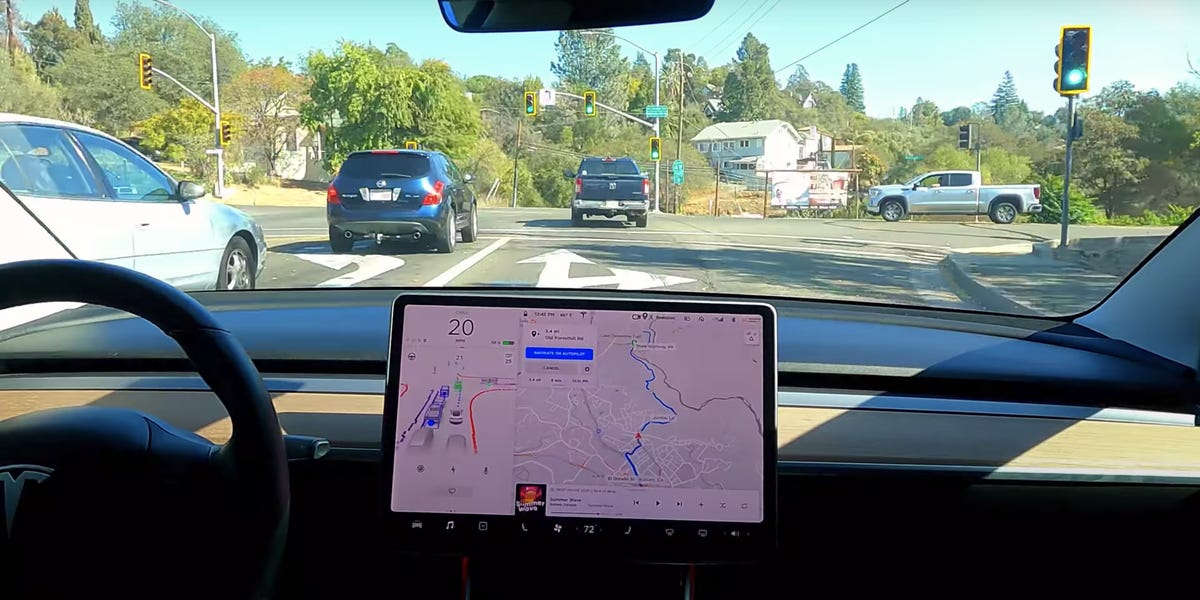 There’s still no such thing as a self-driving car, but you wouldn’t know that from hearing Elon Musk or Tesla talk about their latest software.

Earlier this month, the company began to release a beta version of the driver-assistance program it calls “full self driving.” Despite word from Musk that the rollout would be “extremely slow & cautious, as it should,” videos of the

Named “best budgeting app” by The New York Times’ Wirecutter, Simplifi is the easy, modern way to stay on top of your money. Simplifi provides an elegantly simple interface to help people see all their finances in one place, better manage their spending, maximize savings, keep their bills and subscriptions in check, and get the insights needed to reach their financial goals with confidence. The app is flexible and customizable, offers positive reinforcement, and delivers an ad-free experience.

Leading-edge alumni associations who are proactively seeking to deliver tangible value to their alumni have become early adopters of the program. These forward-looking partners, which collectively claim nearly 2 million alumni across the country, include the alumni associations from the University of


Subscription revenue will be $1.15 billion to $1.16 billion in the period ending in December, the Santa Clara, California-based company said Wednesday in a statement. Analysts, on average, estimated $1.13 billion. The company raised its fiscal-year subscription sales forecast to as much as $4.26 billion from about $4.23 billion.

Market Segmentation & Coverage:
This research report categorizes the Broadcast & Internet Video Software to forecast the revenues and analyze the trends in each of the following sub-markets: 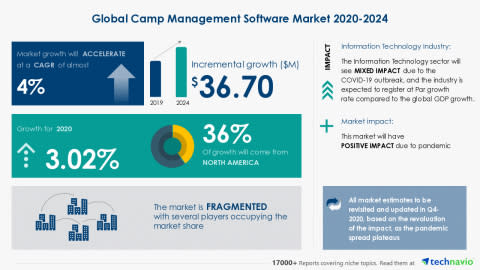 Scope of the report