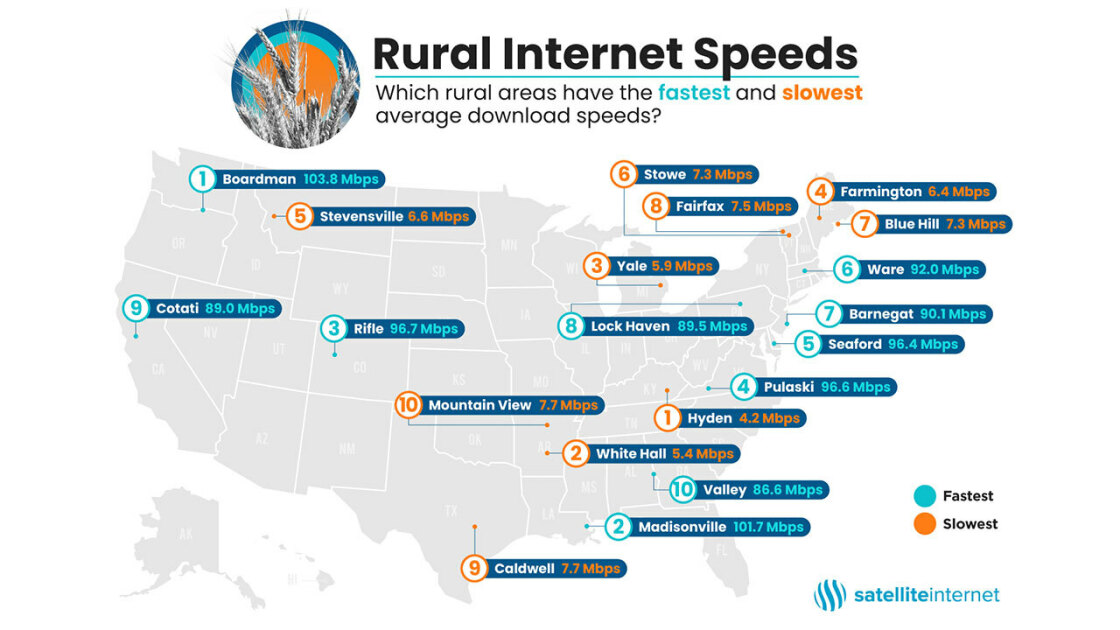 Thinking about moving to the country but need speedy your internet? There are some areas you might want to consider before others. SatelliteInternet.com published a report based on more than 1 million internet speed tests in rural cities: communities with populations of less than 10,000 people that are at least an hour away from the nearest major city.

We covered the cities in rural areas with the fastest and slowest average internet speeds earlier this year, but things have changed in ten months. For one, the national average for all rural speed tests increased from 39.01Mbps to 45.9Mbps, which is encouraging. The rural area with the fastest average internet speed changed from Hampton, GA to Boardman, OR.