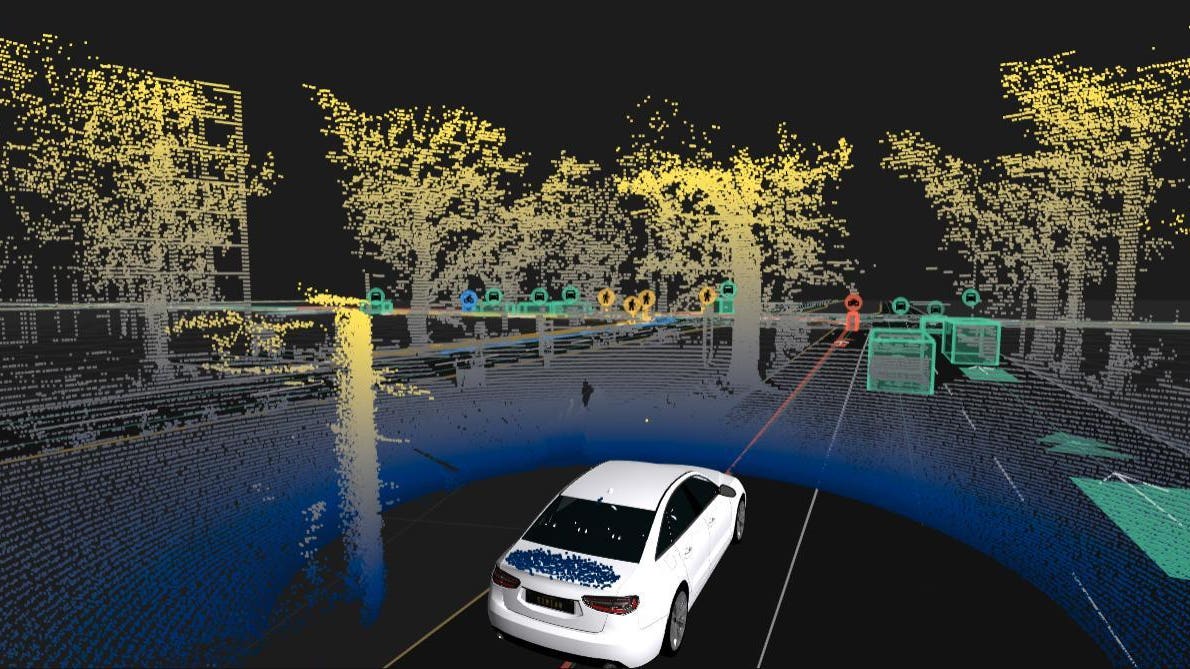 As Tesla, Waymo and others jockey for positioning in the race to make self-driving vehicles mainstream, a lesser-known Bay Area startup has reached “unicorn” status by offering the industry the software needed to run autonomous tests.

Applied Intuition has raised $125 million in a new Series C funding round co-led by previous investors Lux Capital, Andreessen Horowitz and General Catalyst, the company confirmed on Thursday. With the new funding, Applied Intuition’s valuation has reached $1.25 billion, according to two sources with knowledge of the deal.

Founded in 2017 by Qasar Younis and Peter Ludwig, Applied Intuition pitches itself as a bridge between Silicon Valley and traditional automakers. Younis, cofounder of a startup acquired by Google and later the chief operating officer of startup accelerator Y Combinator,

Facebook’s next big play could be all about getting to know your neighbors. The company confirmed this week that it’s testing a new feature that encourages users to post and share news in miniature social networks focused on small geographical areas. Users can create special profiles that share limited information with their neighbors, while Facebook itself will use the detailed location data it collects from those enrolled to serve “more relevant” ads.

The feature, named Neighborhoods, is currently being tested in just a single market, Calgary in Canada, but it’s likely Facebook will roll out access more widely if the test is a success. Another hyperlocal social network, Nextdoor, has shown the viability of this model and is reportedly seeking an IPO with a valuation of between $4 billion and $5 billion.

Screenshots of the Neighborhoods feature were shared on Twitter on Tuesday by social media consultant Matt Navarra, while

Facebook is testing a feature called Neighborhoods that would allow users to join community-based groups, much as you can with Nextdoor. Screenshots spotted by social media consultant Matt Navarra show the product being used in Calgary (also using the Canadian spelling “neighbourhoods”), giving users the opportunity to enter a profile including their address.

The sun rises behind the entrance sign to Facebook headquarters in Menlo Park before the company’s IPO launch, May 18, 2012. Facebook Inc, will begin trading on the Nasdaq market on Friday, with it’s initial public offering at $38 per share, valuing the world’s largest social network at more than $100 billion. REUTERS/Beck Diefenbach (UNITED STATES – Tags: BUSINESS)


You can select your local neighbourhood + permit FB to use your location to display posts, groups, marketplace items + more from your others in your neighbourhood

You can create a ‘Neighbourhood’ profile for other users, who are 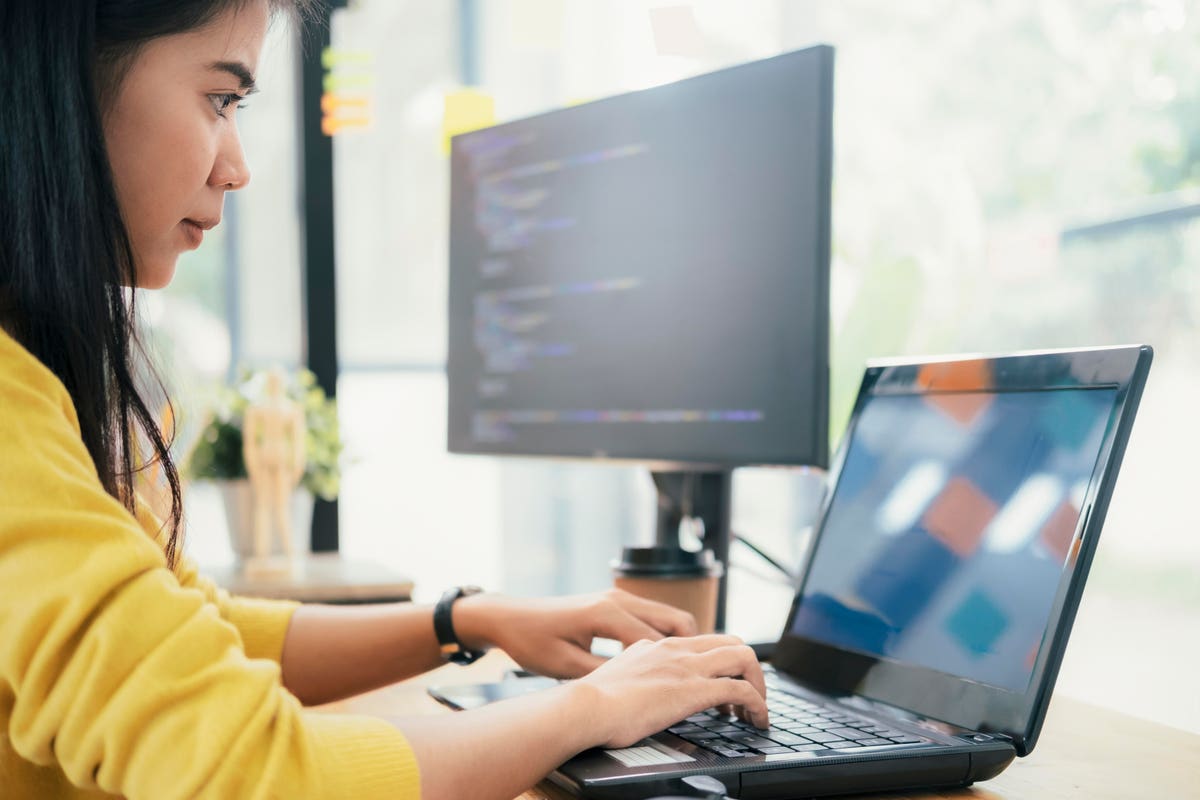 The results are in: Quality assurance (QA) testing quality is going up while costs are coming down. According to the latest edition of the World Quality Report, the share of IT budget allocated to QA testing has been falling year-on-year for the last four years.

As the founder and CEO of QA Mentor, an independent software testing company, this trend isn’t setting off any alarm bells for me — on the contrary. Just as the report authors pointed out, this pattern is a sign that software testing has left the fringe end of the IT industry spectrum and burst into the mainstream.

One of the main factors underpinning this trend has been the growing symbiosis between DevOps and Agile frameworks and software testing practices. In the early years of DevOps and Agile

The China’s Computer Market 2008 Forecast Report has been released recently. It showed that in the first three quarters of 2007, the software industry in China has registered sales revenue of $50 billion, up 23.6% on pcp, accounting for 10.95% of the entire electronics and information industry’ sales revenue. As the software market matures, people have higher and higher expectations over software features, quality and reliability. In October 2005, Ministry of Labour and Social Security formally listed computer software product tester (software test engineer) as one of the new professions. In only two years’ time, software testing has become a powerful dark horse in the software industry.

“In the early 1990s, software industry was still at an infant stage in China. Most software projects were very simple, the whole code writing and development process could be handled by one person. As industry competition intensified, software companies were … Read More

ISEB Software Testing Foundation training courses introduce students to the fundamentals of software testing, including the reasons for carrying out tests, basic test processes and the general principles that underpin testing good practice. Knowing these principles, and understanding how they affect the software tester, is crucial to passing the ISEB Software Testing Foundation exam.

1. Testing shows the presence of bugs

This principle lies at the core of ISEB Software Testing guidance. An astute test analyst understands that even if a test does not reveal any faults, the subject of the test is not necessarily error-free.

The key objective of carrying out a test is to identify defects. Working under the assumption that every product will contain defects of some kind, a test that reveals errors is generally better than one that does not. All … Read More

Software testing is an important part of the release of a new software. Before release, a lot of testing has to be completed in order to know about existing glitches and errors. Based on results obtained from testing, such glitches can be rectified. QA testing training can be completed both online as well in classrooms.

The need for QA testing

Quality control is very important for any software. QA testing helps in rolling out a robust software product. Codes and functionalities need to be checked in an effective manner. After a candidate completes QA testing, he or she is in a position to deeply scrutinise the quality of a software product.

Professionals can either be freshers in the field of software testing, or they may be already familiar with the technologies. Freshers need to understand why software needs testing and how it tends to acquire glitches. Candidates have to learn … Read More

Bringing on a new QA partner is just like bringing on a new employee: in order for them to do their very best work, they need to know everything they can about the company, the product, the culture, and the existing workflow processes. Though partners that have been in the industry for a while will know the ropes and can get up to speed quickly, you should still be prepared to share knowledge, documentation, and other learnings about your product and any existing testing infrastructure.

Here’s a quick guide that will help you successfully onboard your new software testing company:

What would happen if we change one simple element of our landing page? How about we add more text or change our pricing? What will happen? These are hypothetical situations that partners and spouses who run businesses together will argue over endlessly and there is absolutely no reason for it. In internet marketing you can have your cake and eat it too. There are some very simple ways to find out what works and what doesn’t. The question is which method to use to get the most useful results.

Enter the world of A/B testing. It’s a concept that’s been around longer than the internet has. It was used with direct mailers to test different offers and designs. It’s been tried in newspaper, magazine and even on billboards in the past to measure response rates. On the internet it’s more technologically advanced but the goal is still the same. Measure … Read More