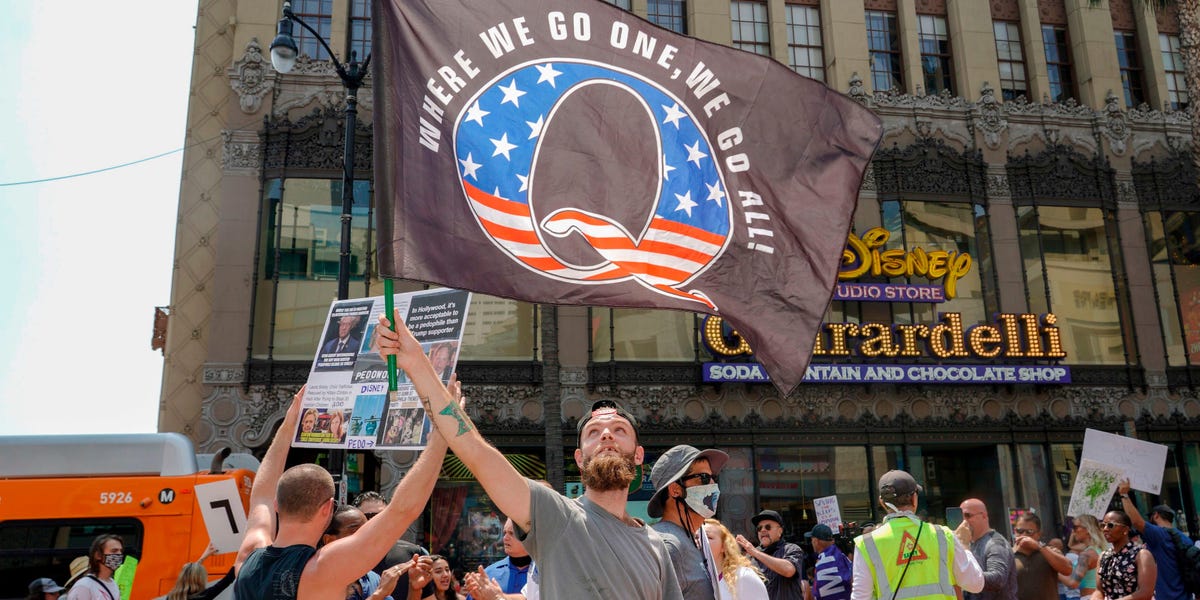 Facebook said its companies are cracking down on QAnon.

The ban, which the company said would be enacted gradually, comes after the platform previously announced over the summer that it had removed 790 QAnon Facebook groups.

Extremism researchers are tracking how the new ban will play out, as the movement has spread rapidly on Facebook and on Instagram, where many are using “Save the Children” rhetoric to further propagate the movement’s misguided focus on human trafficking conspiracy theories.

Facebook has been criticized for its slowness in acting against QAnon.

Twitter announced a moderation plan on QAnon in July.