Speakeasy Ramen’s Executive Chef Clayton Horrighs was trained in French and Italian cooking, but specializes in Japanese, Vietnamese and Korean cuisine. His mastery over many different cuisine styles and flavors is evident in the pan-Asian food coming out of the kitchen. He is an exciting chef who is as dedicated to traditional dishes as he is getting creative and mixing up styles and cuisine types.

In late 2019, Horrighs told this writer, “We are just going to keep changing and experimenting, so we hope to always have a new experience, even for people who eat here frequently. … We are pushing boundaries that Springfield hasn’t seen before, and with great results. When we first opened, some people thought this concept wouldn’t work in Springfield, but people were excited about it. This opens the door for more exotic and experimental cuisine, and we love that.” 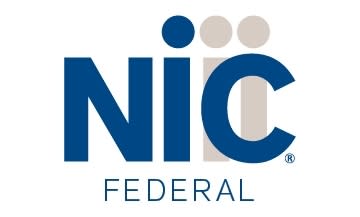 The MarCom Awards is an international creative competition that recognizes outstanding achievement by marketing and communication professionals. The program is one of the largest competitions of its kind in the world, and the PSP was selected out of approximately 5,000 entries submitted throughout the United States, Canada and dozens of other countries.

This year’s win marks the second gold win and third acknowledgement for the PSP.

For the past decade, the PSP has provided immediate online access to commercial drivers’ safety histories, with the drivers’ written authorization, to assist motor carriers with the driver hiring process. FMCSA contracts with NIC Federal to develop and maintain the PSP. FMCSA is responsible for all PSP data

Brand825’s work on a successful advertising campaign for a national fitness brand won the gold PR World Award in the “Startup Agency of the Year: Full Service” category. Brand825 has grown revenue by 2,670 percent since the agency launched in 2016, which was the main factor in the agency earning the bronze Women World Award in the “Startup of the Year: Business Services” category.

“It’s gratifying to be recognized among so many incredible organizations and agencies around the world,” said Kedran Whitten, co-founder of Brand825. “It was a dream to launch our agency: we love what we do, and it shows in our work. These awards speak to the passion and quality

Brendan Sweeney didn’t know anything about the restaurant business before he and his co-founders launched the Atlanta-based startup Popmenu.

What Sweeney did know was that it was nuts that while every other business was using incredible graphics, curated text, carefully crafted images and fancy videos to make their pitch to customers, restaurants were — posting a text-based menu.

“It’s just crazy that restaurants present their inventory, which is their whole story, their whole selling proposition, in plain text,” Sweeney said.

Popmenu, he company he co-founded with three former colleagues from software businesses around the Atlanta area (and which has closed on $17 million in new financing) offers a solution.

What the company’s software aims to do is keep customers on restaurant’s own online real estate by incorporating third-party reviews, images, recommendations and better descriptions into the web pages that it hosts for the culinary creators that use its service. “If