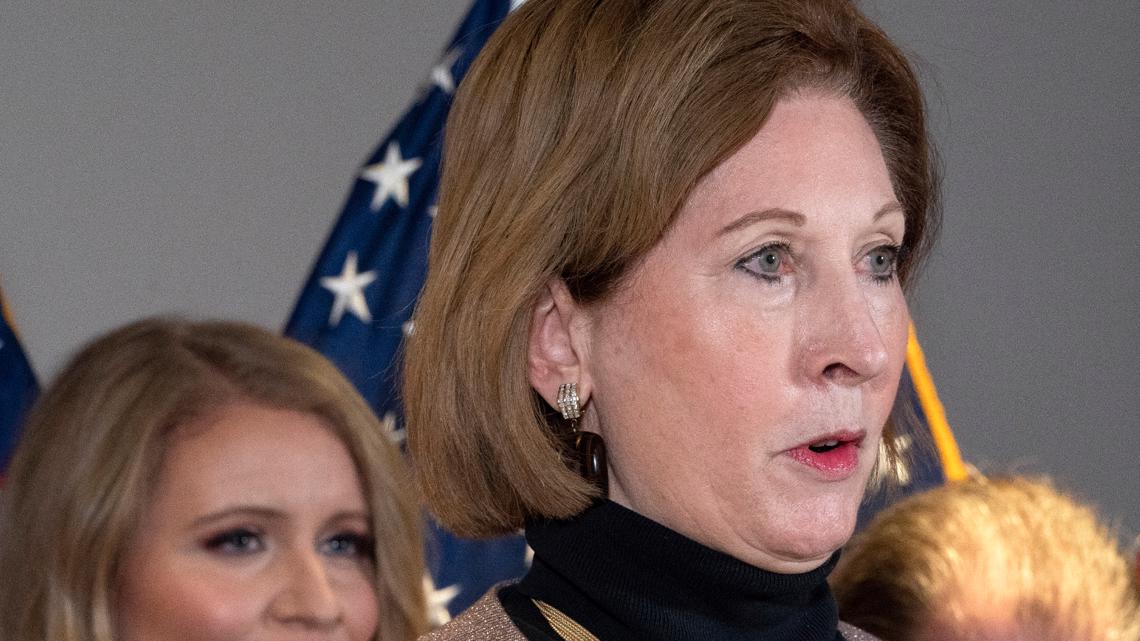 A website for the law practice of an attorney representing the Trump campaign in its battle to somehow reverse the president’s defeat in Pennsylvania admits that “Joe Biden has successfully claimed the role of the 46th president of the United States.”

The website for Scaringi Law, a Harrisburg practice Trump campaign attorney Marc Scaringi co-founded with his wife, refers to Biden as the president-elect in an un-authored post about how the Democrat’s “plan could affect your taxes.” The Republican lawyer, a Trump delegate to the 2016 RNC, took over the campaign’s ballot case in the Keystone State after three other attorneys—Linda Kerns, John Scott, and Douglas Bryan Hughes—withdrew from it Monday evening. “The race to the date of certification in several of these key states, including Pennsylvania, is on, and it’s up to the Trump lawyers to get some good results in these lawsuits to try to flip the vote

WASHINGTON — On Wednesday morning, national security officials were still trying to determine whether President Trump’s decision to oust his top election security official, Chris Krebs, would impact the ongoing work of his former agency, including a government Rumor Control website, where officials have been debunking popular conspiracy theories about the election in real time.

As of Wednesday afternoon, the website is still up and running. CISA officials, including top cybersecurity advisor Matt Masterson, tweeted that they were still on the job.

President Donald Trump took to Twitter on Tuesday evening to “terminate” Krebs, a senior official at the Department of Homeland Security in charge of election security. His apparent offense, according to White House press secretary Kayleigh McEnany, was making “an inaccurate statement.”

The recent statement by Chris Krebs on the security of the 2020 Election was highly inaccurate, in that there were massive improprieties and fraud – including

Sidney Powell, an attorney representing President Donald Trump, said that CIA director Gina Haspel “should be fired” for not objecting to the use of election software the president and his supporters claim—without providing evidence—allowed President-elect Joe Biden to win through “fraud.”

© BRENDAN SMIALOWSKI/AFP/Getty
CIA Director Gina Haspel looks on as President Donald Trump meets with his cabinet on May 19, 2020 in the Cabinet Room of the White House in Washington, D.C.


Biden and Vice President-elect Kamala Harris were declared winners of the presidential election on November 7, after the Associated Press, Fox News and other television networks called Nevada and Pennsylvania in their favor to push them past the 270 electoral votes needed to claim victory. Trump has refused to concede, baselessly claiming they won through widespread voter fraud.

Powell attempted to add credibility to Trump’s assertions in an interview with Fox News on Sunday, pointing to

This story is part of Elections 2020, CNET’s coverage of the voting in November and its aftermath.

Former Vice President Joe Biden has beaten President Donald Trump in a contest punctuated with wild rumors, false reports and premature declarations of victory. The end of the election, however, hasn’t meant an end to the misinformation.

Social media posts from the sitting president that falsely claim the election was stolen from him have swept through the internet, and Trump has continued to tweet and retweet items that contain disputed information, which Twitter has labeled. Additionally, baseless claims of election fraud from a variety of sources have also swept Twitter, as well as YouTube and Facebook. 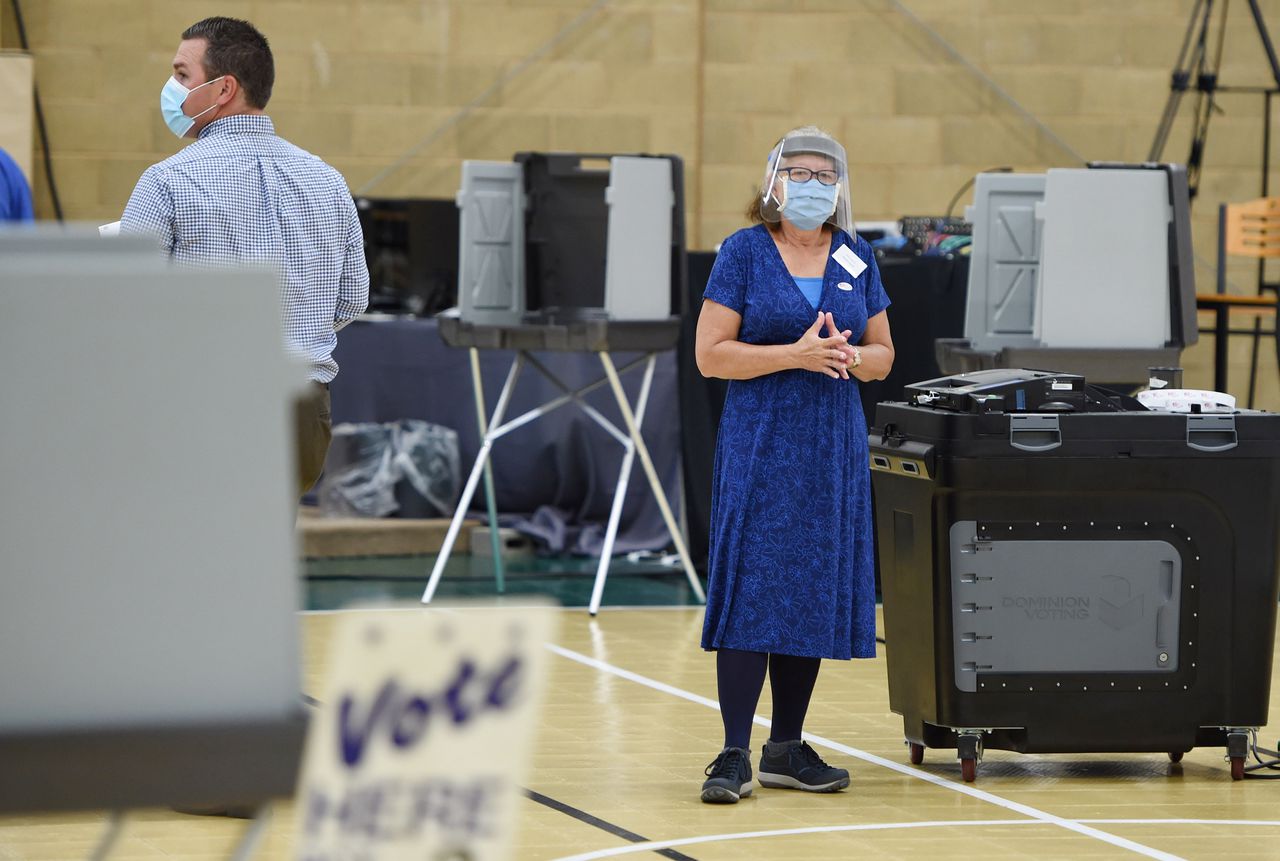 Some Republican leaders point to the errors among several reasons they believe the 2020 election results lack integrity. Meanwhile, state officials assure the public there is nothing to worry about.

These mistakes were exceptions, the result of user error and fail-safes are in place that would have caught the inaccuracies before they were certified anyway, Michigan Secretary of State Jocelyn Benson’s office said.

“The erroneous reporting of unofficial results from Antrim county was a result of accidental error on the part of the Antrim County clerk,” Benson’s office said. “The equipment and software did not malfunction and all ballots were properly tabulated. However, the clerk accidentally did not update the software used to collect voting machine data and report unofficial results.”

New Delhi: Bihar Assembly Election 2020 results will be announced on Tuesday. The fate of 3,755 candidates across 243 seats will be revealed when the counting of votes will be taken up at 8 am on November 10. While most of the exit polls have predicted a clear edge for the RJD-led Mahagathbandhan, it would be interesting to see which party or coalition gets the throne. The Election Commission of India (ECI) is expected to release the trends from 8 am onwards, while the final picture will be out by the evening. To get the latest and accurate updates on all the 243 Assembly seats in Bihar, users can log on to the Election Commission of India (ECI) website. On the official EC website http://www.eciresults.nic.in/, users can get all the updates on contesting candidates, parties and winners. Also, it provides comprehensive detail on
… Read More

Dispelling every bullshit election conspiracy that’s inundated the internet this week would be a full-time job in and of itself, but one particularly insidious theory has blown up to such a ridiculous degree that it deserves to be set straight.

Michigan GOP Chairwoman Laura Cox claimed at a press conference Friday that an election software “glitch” in one Michigan county switched thousands of votes for President Donald Trump to votes for Democratic challenger (now President-Elect) Joe Biden. Sounds like a pretty big scandal, right? Well, it very well might be if any portion of that statement was true. But though this conspiracy theory has been thoroughly debunked by Michigan election officials, that hasn’t stopped Trump supporters from sounding alarms about

RealClearPolitics editor Tom Bevan on Monday debunked an assertion that his website had changed its call on Pennsylvania in the 2020 election after the false claim began to circulate widely on social media.

“This is false,” Bevan wrote in a message on Twitter, responding to the claim by Giuliani. “We never called Pennsylvania, and nothing has changed.”

Spicer acknowledged the correction later in the evening, noting the map didn’t have “either candidate at 270,” the number of electoral votes required to win. 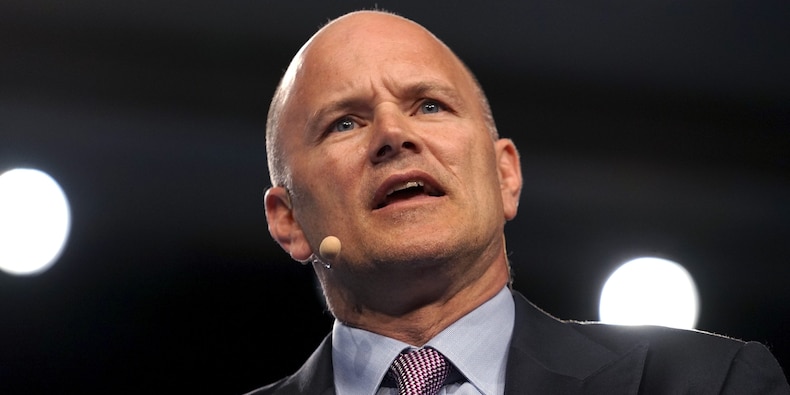