Cindy Holland, the former longtime Netflix VP of original content who departed the streamer two months ago, has joined the board of Horizon Acquisition Corp. II, a special-purpose acquisition corporation targeting the media and entertainment space.

Horizon Acquisition Corp. II was formed in August 2020 by Todd Boehly, co-founder, chairman and CEO of Eldridge Industries, a holding company whose assets include MRC. In September, Penske Media Corp. (Variety’s parent) entered into an agreement with MRC to form a joint venture that merges Billboard, Vibe and the Hollywood Reporter with PMC’s brands.

Last month, Horizon Acquisition Corp. II raised approximately $500 million through an IPO to fund potential M&A activity. A SPAC is a kind of holding company formed solely for the purpose of raising capital through an initial public offering.

“While the company may pursue an initial business combination target in 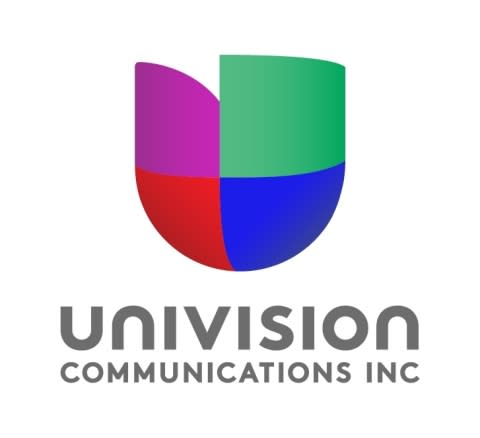 Attacks in France Point to a Threat Beyond Extremist Networks

PARIS — All were unknown to police intelligence officials. None pledged allegiance to a terrorist group, and no group claimed them as members. None stated any political agenda. Signs of radicalization, if at all visible, were expressed on social media. And they came armed with little more than knives.The three young men behind recent terrorist attacks that have shaken France present a difficult challenge to French authorities — isolated, self-radicalized individuals rather than Islamist extremist networks — raising tough questions about whether the broad measures the government has taken in response are the right ones.Unattached to any group, harder to track and with an often obscured, hair-trigger propensity for violence that needs just the right spark, they are a far cry from the well-orchestrated and synchronized assaults in the wave of terrorism that swept France a

Crackle linear and VOD networks are available in the U.S. and can be accessed on up to 27 devices and services by the end of the year including Amazon FireTV, RokuTV, Apple TV, Smart TVs (Samsung, LG, Vizio), gaming consoles (PS4 and XBoxOne), Plex, on iOS and Android mobile devices and on desktops at Crackle.com . Crackle is also available in approximately 500,000 hotel rooms in the Marriott Bonvoy chain.

Heroes of Lucha Libre ( November 25 th ), this eleven-part series takes the rich tradition of Lucha Libre wrestling to an entirely new level. Join mask-wearing gladiators, each sporting their own super power, as forces of

Even as he prepares to launch a new console, Sony PlayStation CEO Jim Ryan is not doubling down on virtual reality playing a significant part in gaming in the immediate future.

Stating that VR is not yet where he believes it should be, Ryan said in an interview with The Washington Post that Sony has not given up on the medium just yet.

“I think we’re more than a few minutes from the future of VR,” Ryan said.

“PlayStation believes in VR. Sony believes in VR, and we definitely believe at some point in the future, VR will represent a meaningful component of interactive entertainment.”

AFTER reintroducing entertainment shows to its programming in August, TV network TV5 is once again introducing a whole slew of programs this October as it attempts to go head-to-head with what is now, with the non-renewal of ABS-CBN’s franchise, the biggest TV network in the country, GMA.

“The new program line-up does not only set the bar higher for innovativeness and production values but also reinforces TV5’s vision to become a formidable force in Philippine television as it continues to challenge traditional programming standards and reinvigorate the network’s adaptability to survive and thrive in this pandemic and beyond,” Robert C. Galang, CEO of TV5 and Cignal TV, said in a press conference on Oct. 12.

In August, TV5 announced that its entertainment lineup would come from independent producers who want to enter into blocktiming, a practice where a

The entertainment industry is now totally dependent on the use of technology. Their target was to meet challenges of the 21st century and adaptation of technology thus became inevitable. This adaptation was though for good because it did a lot of good to the industry as well.

The reach to the global audience in the first place was possible because of the advancement in technology. The technology to some extent flourished because of the entertainment industry. The advancement in graphics technology and animation is a living proof. The animation industry certainly boomed due to increasing popular demand. The animated cartoons are equally popular among children and adults. The makers of animation films now try to make a storyline that even elders can enjoy. This all shows the power and potential of this industry and animation is a large share of this large industry.

This whole game goes to a whole … Read More