As smartphones and computers have got smaller, the pressure is on technology companies to keep up and produce computer chips that are faster than before, but the same size or smaller than their predecessors. However, one company still believes that bigger is better.

Cerebras systems have designed a goliath computer chip that may be capable of sailing past the competition in specific tasks, claims a collaboration between Cerebras and the National Energy Technology Laboratory (NETL) in a preprint paper (not yet peer-reviewed) published on arXIV and presented to the SC20 conference this week. Designed to “revolutionize deep learning,” the CS-1 measures 8.5 inches (21.6 centimeters) across, packs in 1.2 trillion transistors, and, according to the company, is 200 times faster than rival supercomputer Joule 2.0 (the 82nd fastest supercomputer in the world) in a combustion simulation.

In fact, this chip could be so fast that it could simulate an event

The new features bring a next-gen networked storage approach to applications managed by the Kubernetes framework while delivering the speed of NVMe flash. KumoScale software can now serve as a container host, providing managed NVMe volumes to storage applications such as distributed file systems and object stores, running locally on KumoScale storage nodes.

Additionally, these new capabilities and applications, along with other KumoScale control-plane services, are deployed and managed via what the company calls a Kubernetes “micro-cluster.” This results in a flexible infrastructure that can serve block, file and object storage simultaneously to Kubernetes, OpenStack, and bare metal clients.

Designed to improve the performance of client, server and storage systems, the NVMe-oF specification is driving new performance levels for

A recent test of the biggest computer chip in the world found that it can predict what is going to happen in the future “faster than the laws of physics produce the same result”, researchers have said.

The Cerebras CS-1 chip, which contains 1.2 trillion transistors, performed 200-times faster than a supercomputer when simulating combustion within a powerplant.

The 462 cm2 chip proved so powerful in analysing over a million variables – from fluctuating temperatures to 3D air movement – that it was able to show what would happen faster than real-time.

Developed in partnership with the US Department of Energy’s National Energy Technology Laboratory, the Cerebras CS-1 is described as “the world’s most powerful AI compute system”. The number of transistors is 22-times that of the recently announced Nvidia A100 80GB chip, designed for state-of-the-art supercomputers.

“This work opens the door for major 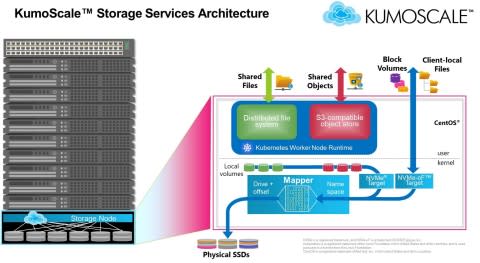 KIOXIA America, Inc. (formerly Toshiba Memory America, Inc.) has introduced a broad new set of capabilities in its KumoScale™ storage software. The new features bring the rich functionality and durability of networked storage to applications managed by the Kubernetes® framework, while delivering the exceptional performance of NVMe® flash. KumoScale software can now serve as a container host, providing managed NVMe volumes to storage applications such as distributed file systems and object stores, running locally on KumoScale storage nodes. Additionally, these new capabilities and applications, along with other KumoScale control-plane services, are deployed and managed via a Kubernetes “micro-cluster”. This results in a flexible infrastructure that can serve block, file, and object storage simultaneously to Kubernetes, OpenStack®, and bare metal clients. KIOXIA will demonstrate KumoScale software’s new Kubernetes storage features at the virtual KubeCon + CloudNativeCon North America 2020

Elon Musk has said SpaceX’s Starlink internet service will roll out to Europe early next year after beta testers in the US reported download speeds far higher than expected.

There are currently more than 800 Starlink satellites in low-Earth orbit beaming broadband down to Earth, with plans for tens of thousands more to launch over the next few years.

Starlink says it satellite constellation will eventually be able to provide high-speed internet to 99 per cent of the inhabited world, however its relatively limited scope at present restricts reception and speeds..

The public beta launched last month for a limited number of users in northerly parts of the US and southern Canada, and invitations continue to be sent out.

In an email sent to early testers last week, SpaceX 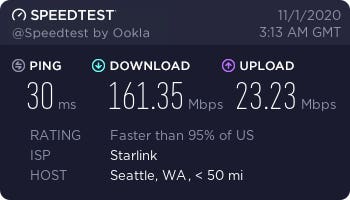 Could rural Montana be the next Silicon Valley? Check internet speed off your list of reasons why not.

Even though Elon Musk’s SpaceX says its expanded “Better Than Nothing” test is still a beta version of Starlink’s eventual capabilities, at least one early Starlink internet service customer says he is getting better than expected speed. Starlink says it should give you between “50 and 150 MB/s with 20-40 milliseconds of latency.” Starlink customer “FourthEchelon19” is getting 161 megabits/second download and 23 megabits/second upload speed.

“I love how you’re getting a better speed from f-ing space than I am with a hardline connection from Spectrum at 80 dollars a month,” one respondent says on 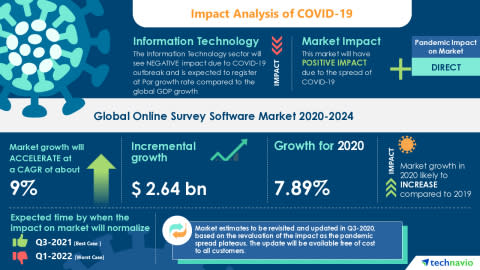 The online survey software market is expected to grow by USD 2.64 billion, progressing at a CAGR of about 9% during the forecast period. Download Free Sample Report

The increased use of online survey software among SMBs is one of the major factors propelling market growth. However, factors such as system integration and interoperability issues will hamper market growth.

London-based social video platform YurOn is a new type of video platform that connects people in a new way of threaded selfies — where users ask questions and answer them by posting short video clips of themselves.

The concept is intended to reduce unfulfilling scrolling, posting to gain vanity metrics, and hiding behind fake names and text comments by posting videos of yourself.

In a few months since its launch earlier this year, YurOn has attracted over 5,000 users, who now spend more time on YurOn than Twitter per day and have already created over 5,000 videos with over 100,000 views — more than YouTube had at the same stage of its growth.

The platform was created to avoid the “narrowed prism of ourselves, watching more than contributing.” It wanted to be the platform to encourage authentic 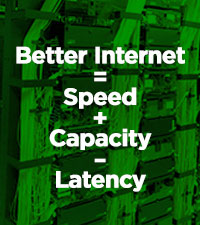 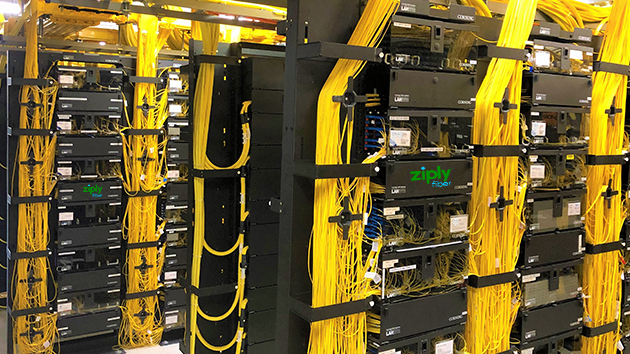 “I feel the need…the need for speed.” – Tom Cruise as “Maverick” in Top Gun

Whether it’s FedEx SameDay shipping, Amazon Prime Now, Disneyland’s FastPass, or needing something ASAP, we’re conditioned to believe that faster is better. The same is true with internet service.

Unfortunately, without both robust capacity and low latency, speed is somewhat meaningless. But when your internet service provider (ISP) manages capacity and latency correctly, the internet speeds we want become reality.

To ensure great speed, capacity is critical both where you use the internet and at the network level from your ISP, like us at Ziply Fiber. Your home or business network can dramatically impact your online experience, but your ISP’s network being properly architected with ample capacity and super-low latency is what makes speed really fly.

Capacity at home and work matters

You probably have fiber, cable or DSL running to your home or business.