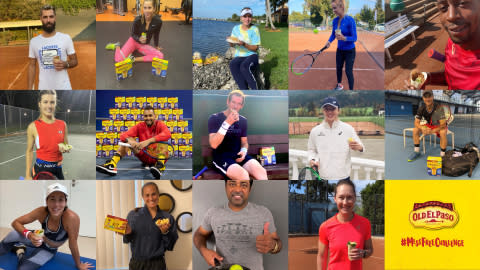 What began as a new product launch for Old El Paso Tortilla Pockets™ in Australia has turned into a global match between leading tennis players, and the winner is local food banks. While the ball has bounced around the world, it landed in North America with the #MessFreeChallenge waged from Canadian tennis star Genie Bouchard to U.S. tennis phenom Sofia Kenin. And Kenin closed it out with a final challenge to her rival and teen sensation Iga Swiatek.

Tennis stars around the world participated in the Old El Paso #MessFreeChallenge which resulted in not only some cool tricks being performed, but with 100,000 products/meals being donated to local food banks around the world. (Photo: Business Wire)