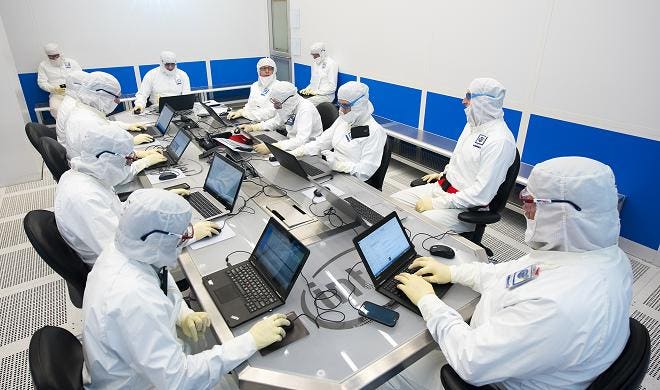 For more than thirty years the U.S. has led the world in the design and production of microchips-the essential tool of all digital technology from smart phones and computers to the power grid and the F-35 Joint Strike Fighter.

Now China is spending $1.4 trillion to become the Colossus astride the global high-tech frontier, including dominating the semiconductor market. Beijing calls it securing “digital sovereignty.” Meanwhile, the U.S. has been sliding from producing more than one third of all microchips made around the world in 1990 to only 12 percent today.

First, other Asian countries have been steadily building their market share over the past two decades, until now Taiwan, Japan, and South Korea are world-beaters in this technology. China, which consumes 50% of the world’s semiconductors, is looking to take over this market—with huge implications for the U.S. in terms of economic as well as national security.