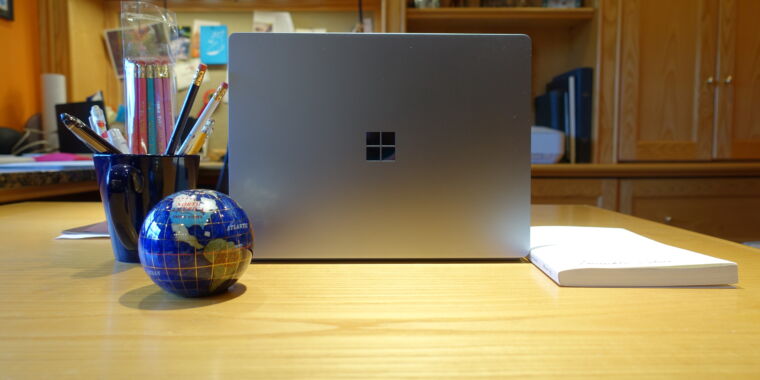 What is the point of a Surface device? The latest model in Microsoft’s line of Windows PCs, the Surface Laptop Go, forces buyers to confront why they want a Surface machine in the first place.

Much like the Surface Go series of two-in-one tablets, the Surface Laptop Go aims for the mainstream side of the market, with a starting price of $550. However, it does so with a more traditional clamshell design.

For that amount, the Surface Laptop Go still provides most of Microsoft’s signatures: an attractive design, high build quality, a comfortable keyboard and trackpad, a display with a taller 3:2 aspect ratio, the proprietary Surface Connect port, and so on.

But with any savings comes compromise, and the Surface Laptop Go’s trade-offs are not insignificant—especially if you

The specs of the rumored Nvidia GeForce RTX 3060 and GeForce RTX 3050 Ti were recently leaked and it revealed the mainstream graphics cards would feature the GA106 GPU and target the $299 market.

Prolific industry insider Kopimite unveiled the official names of the upcoming Nvidia mid-range graphics cards, which are the GeForce RTX 3060 and the GeForce RTX 3050 Ti. These upcoming desktop cards would replace the current RTX 2060 and the GTX 1660 Ti/SUPER, according to Wccftech. The GA106 GPU is the mainstream chip for the company’s graphics cards and it is possible it would get several configurations

Nvidia’s has not yet officially confirmed the rumored mainstream graphics card, GeForce RTX 3060 Ti, but a recent leak may have spilt its full specs, price, pre-order and release details.

Earlier today, Videocardz spotted the Nvidia RTX 3060 Ti listed by various retailers on the Chinese marketplace Taobao. Several Taobao retailers sell the mid-range graphics card between 2049 to 2999 Yuan, which is approximately between $305 and $446. According to Videocardz’s sources, the MSRP of the upcoming mainstream graphics card should not go beyond $400.

Apart from the price, the listings estimate that the delivery date of the Nvidia GeForce RTX 3060 Ti could be on Nov. 30. Nvidia is

Rep. Alexandria Ocasio-Cortez of New York and Rep. Ilhan Omar of Minnesota held one of the highest-viewed Twitch streams ever on Tuesday night, with over 430,000 concurrent viewers and nearly 5 million overall views.

It was so popular that it edged out NASA to take the sixth spot in all-time viewership on the streaming platform.

AOC and Omar played “Among Us,”