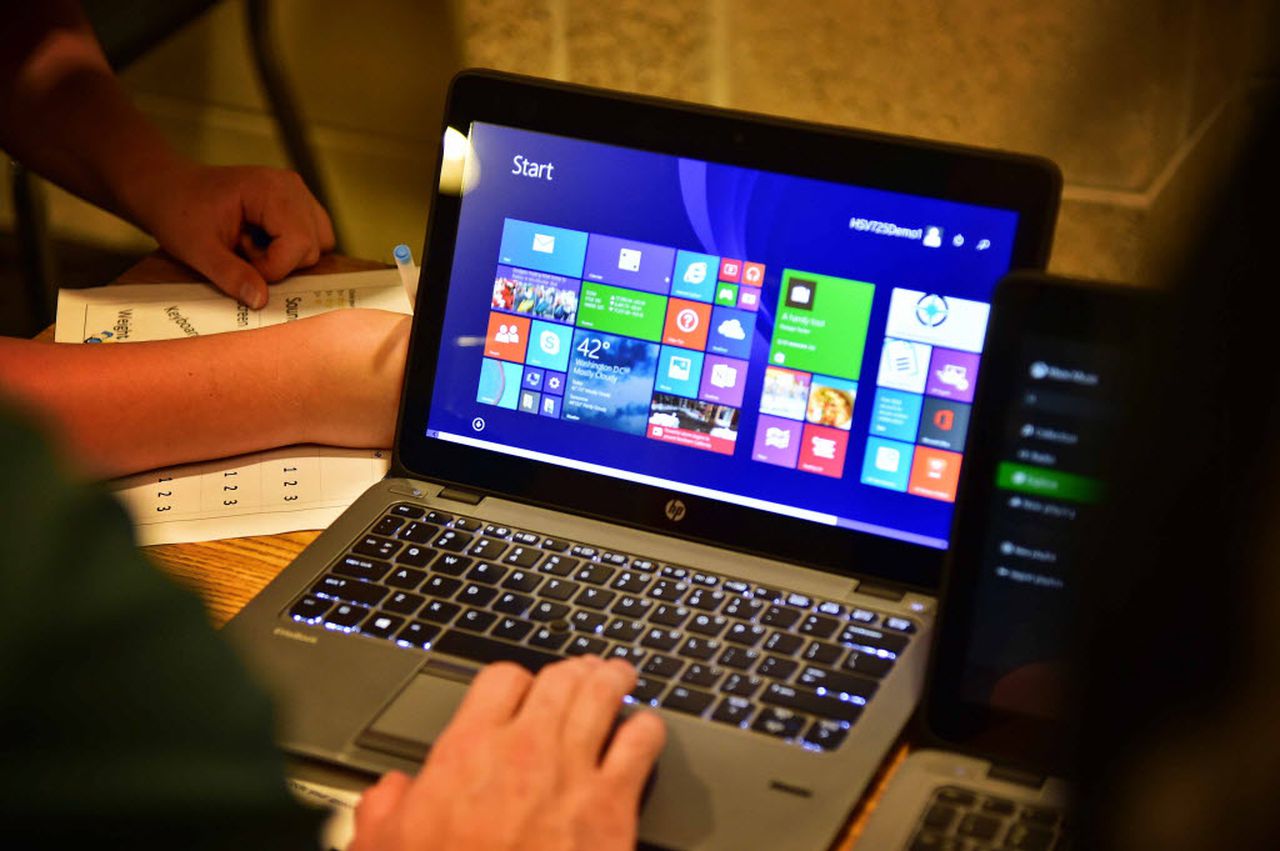 Huntsville school students will not return to campuses for the rest of this week as the school system responds to a computer ransomware attack, the system said today.

Principals, assistant principals, and some operations staff will return Wednesday, and teachers and other employees will return Thursday “to prepare materials for students,” the system said on its website. Curbside meals will be available at some locations Wednesday.

The school system said it is working with local and federal authorities on what is “an active investigation.” An FBI spokesman confirmed Tuesday that the bureau is “involved and working on the case.” No further details were released.

The system said it is working to “determine if any or what information may have been compromised” by the computer system break-in. It said “some families at several campuses may have received phone calls regarding internet access for students. This does not appear to be connected 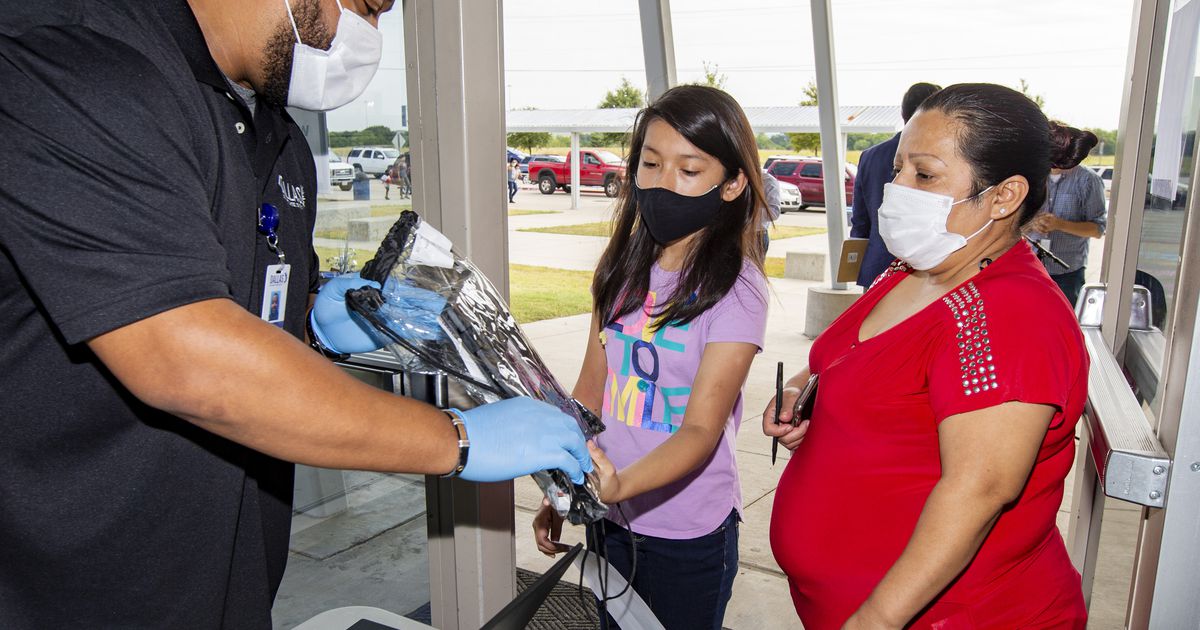 Almost none of the students at W. W. Samuell High School had access to district-issued laptops or internet hotspots in their homes just one year ago.

In what would now be viewed as a prescient decision, Principal Jennifer Tecklenburg started handing out Chromebooks to students in December so that every student could have a device to take home.

“It was an equity issue,” she said. “The students needed the technology at home as much as they needed it at school.”

Most of Samuell’s students had a device when the pandemic forced campuses in Dallas and across the country to close last March. But there was still the glaring issue of internet connectivity – what good was a laptop if a student didn’t have a Wi-Fi connection to use it on?

Students completed work on their phones, submitted assignments via text message or parked outside of libraries and restaurants to access 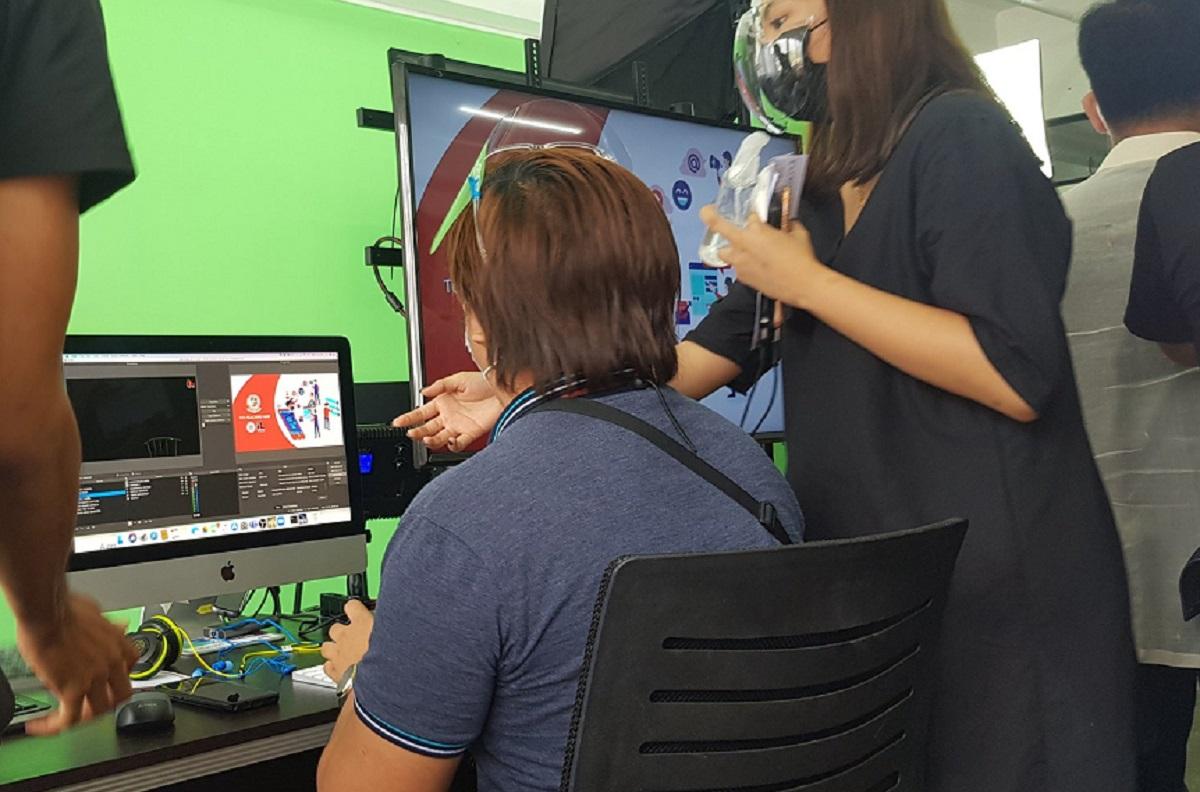 The local government of Taguig City on Wednesday launched a number of teaching hubs to ensure that quality tertiary education is being provided to students despite the COVID-19 pandemic.

At least 10 rooms were opened at the Taguig City University as teaching hubs for the conduct of new normal classes through the sharpened online learning program.

The city’s education office has improved classrooms to meet the teachers’ needs using the available resources. Each teaching hub is equipped with studio equipment as well as a technical team which will assist faculty members in conducting online classes.

The facility will also be utilized in preparing instructional videos for synchronous and asynchronous sessions.

“Ultimately, we want our students at TCU and in the whole public school system to learn, even when the setup is different,” Mayor Lino Cayetano said in a press statement.

“Understanding that the adjustment can be difficult, we have made

Thousands of New York students have been attempting to learn online without internet access during the COVID-19 pandemic, but new legislation seeks to change that.


The E-LEARN act, announced Tuesday by Sens. Shelley Mayer, D-Westchester, John Liu, D-Queens, and Pete Harckham, D-Putnam, would provide free broadband access to every student and school in the state for the duration of the pandemic. That access would be funded by internet service providers.

“We are not complying with the state constitution,” Liu said. “The New York State Constitution requires us to provide a sound basic education for all of the school kids in the state of New York. In this day and age, that is impossible without quality broadband internet access.

Start the day smarter. Get all the news you need in your inbox each 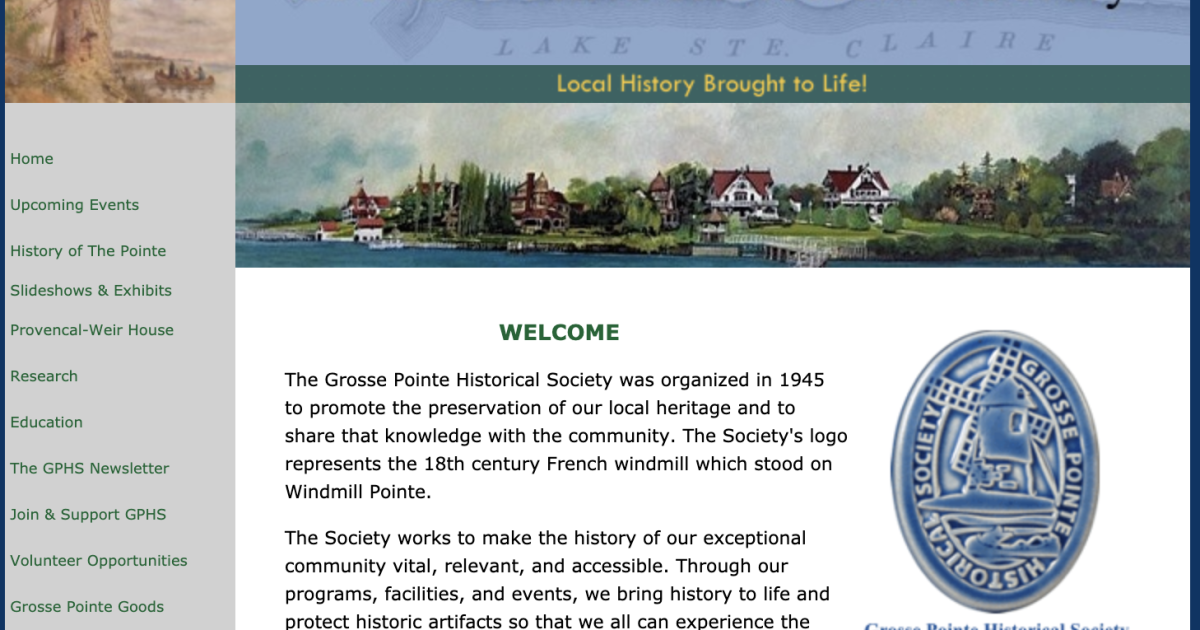 GROSSE POINTE WOODS, Mich. (WXYZ) — A website that’s all about history in and around the Grosse Pointe area will soon be updated thanks to a group of high schoolers.

Adam Hellebuyck is the Dean of Curriculum and Assessment at the University Liggett School. He’s also a social studies teacher and board member of the Grosse Pointe Historical Society.

For the past three years, Liggett high school students have teamed up with the historical society to learn more about local history.

In the past, groups would work closely together on projects.

“It is also centered around off-site visits where we take the students to explore local Detroit and really learn from the places themselves. Both of those things, with Covid-19 restrictions, have been very difficult,” Adam explained.

This year’s project is all about revamping the Grosse Pointe Historical Society’s website.

Students will research local stories and write up articles to

Parents lined up at schools in Dover, Haledon and Camden last week to pick up computer devices for their children, as New Jersey makes strides to close a digital divide that has strained families and schools during the COVID-19 pandemic.

About 35,000 students across the state still lack computer devices or internet connections at home, a big improvement from the 231,000 tallied in August, according to a New Jersey Department of Education survey this month.

But while the number is narrowing, it doesn’t give a full picture of remote-learning challenges, say advocates and school leaders.

“We’re in a good place when it comes to devices,” said Norma Fernandez, deputy superintendent of Jersey City’s schools. “But the

© Submitted
Grade 12 student Koby Wilson is one of 230 students in Fisher River Cree Nation who received a laptop and MiFi box for online schooling.

Fisher River Cree Nation is making the transition to online learning easier by giving students in the community a free laptop or iPad and internet connection device.

“It’s a great thing… because not every family actually has the money to afford a laptop,” said Grade 12 student Koby Wilson.

Wilson is one of 470 students who attend the two schools in the community about 170 kilometres north of Winnipeg. He works part time at the local restaurant and is a councillor for Fisher River’s junior chief and council.

During the first few weeks of the school year, students were given paper homework packages.

In October, the Fisher River Education Authority received an order of 230 Toshiba laptops which were given to 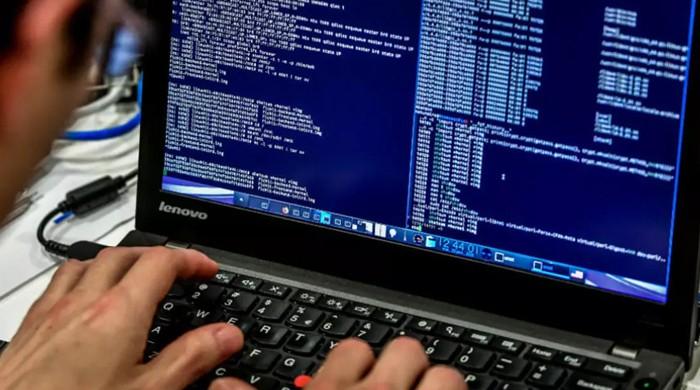 The Sindh Investment website was hacked on Tuesday by an anonymous person, who urged the government to “shut down the schools now” as coronavirus cases across the country surge.

“Hacked By Anonymous. This is a warning message to Pakistan Government,” screams the message when one opens https://sindhinvestment.gos.pk/

“Student Lives are no joke! Shut the Schools down now. Students are the real assests of a country, don’t destroy your assets,” read the message by the hacker.

“Save Students ! Save Pakistan!”

The website was hacked a few hours after Sindh Education Minister Saeed Ghani said that schoolchildren will not be granted winter vacations this year.

The provincial minister had said students have been given more holidays than usual this year due to the coronavirus pandemic.

“Therefore, there’s no question of winter vacations right now,” he had said.

He added that a final decision on the matter will 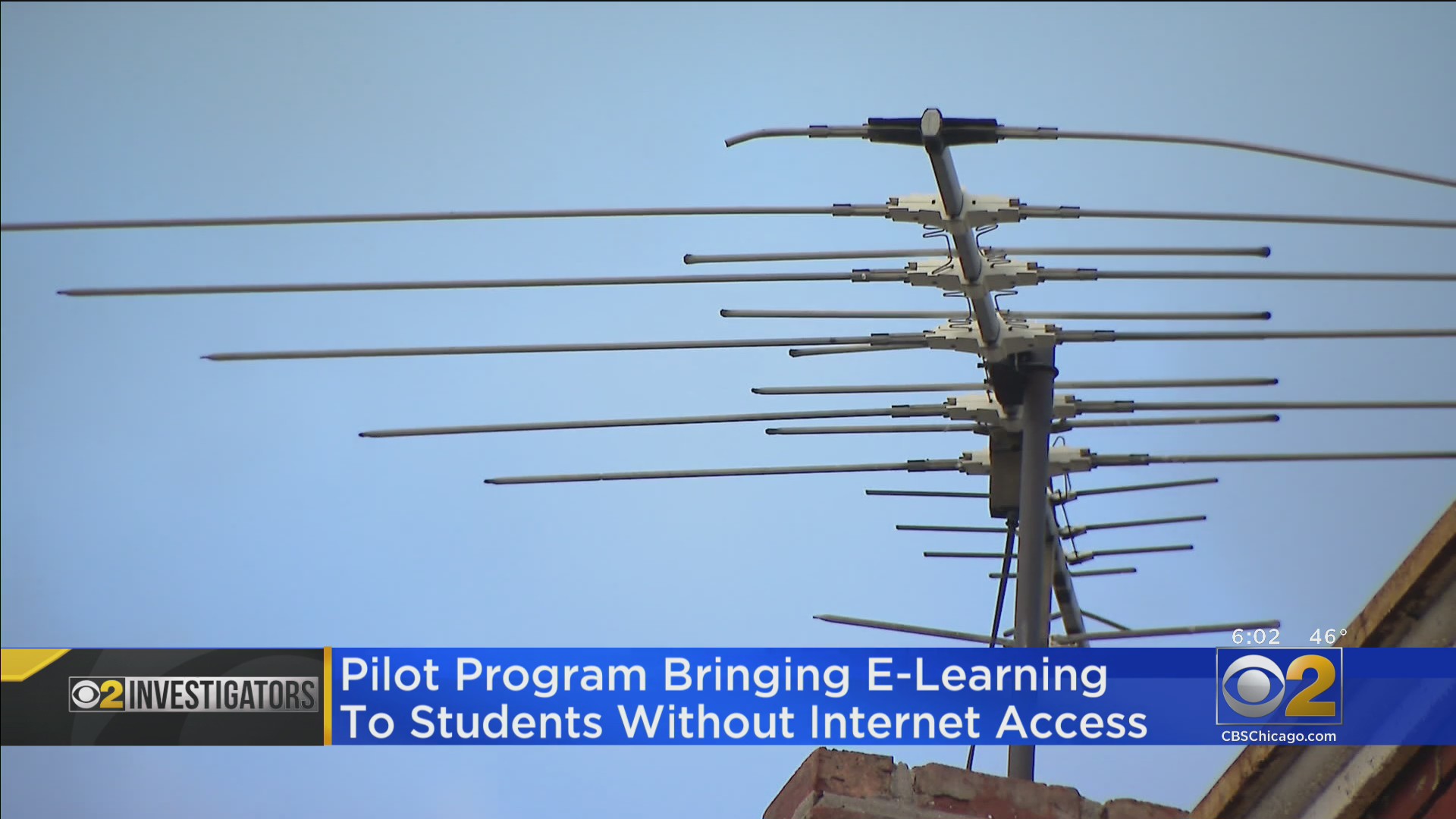 Georgia Secretary of State Brad Raffensperger on Sunday pushed back against unfounded claims of voter fraud in the state in a series of social media posts, calling Representative Doug Collins (R., Ga.) a “failed candidate” and a liar.Raffensperger criticized a lawsuit brought by Atlanta lawyer Lin Wood, best known for his defense of Richard Jewell in the 1996 Atlanta Summer Olympics bomb threat case, over a March settlement with the Democratic Party that outlined changes in how signature matching on absentee ballots is handled. Wood has argued that the settlement was unconstitutional, therefore invalidating absentee ballots cast in the 2020 election. In a Facebook post the secretary of state said his team had “secured and strengthened absentee ballots for the first time since 2005.”“As Secretary of State the first thing I