A few days after a cyberattack disabled the website for Embry Women’s Health, one of Arizona’s largest COVID-19 testing sources, the agency broke its record for most tests in a day Monday: 15,000.

“Before this, we had never exceeded 12,000 patients,” said CEO Raymond Embry. “We are continuing to see an exponential increase in the need for tests all over Arizona.”

Embry Women’s Health operates more than 30 COVID-19 test sites across the state and was hit with a distributed denial-of-service attack Friday that caused the main website to go down multiple times.

Embry said he is still unsure of the source of the cyberattack, but he said it was disheartening someone would try to “take down a vital resource for the state.”

“We had to deploy a

A cyberattack disabled the website of one of Arizona’s leading COVID-19 testing agencies this week as cases surged and more and more people sought tests.

Embry Women’s Health, which operates more than 30 COVID-19 test sites across the state, was hit with a distributed denial of service attack that caused the main website to go down multiple times.

But CEO Raymond Embry said Friday the attack “has not impacted the ability for patients to receive their results” or delayed the facility’s three- to five-day turnaround time.

The health facility’s main website was offline throughout the day, but Embry said he expected it to be back up and running sometime Friday night.

Embry said the main website isn’t the only way patients can get test results. They can also access results 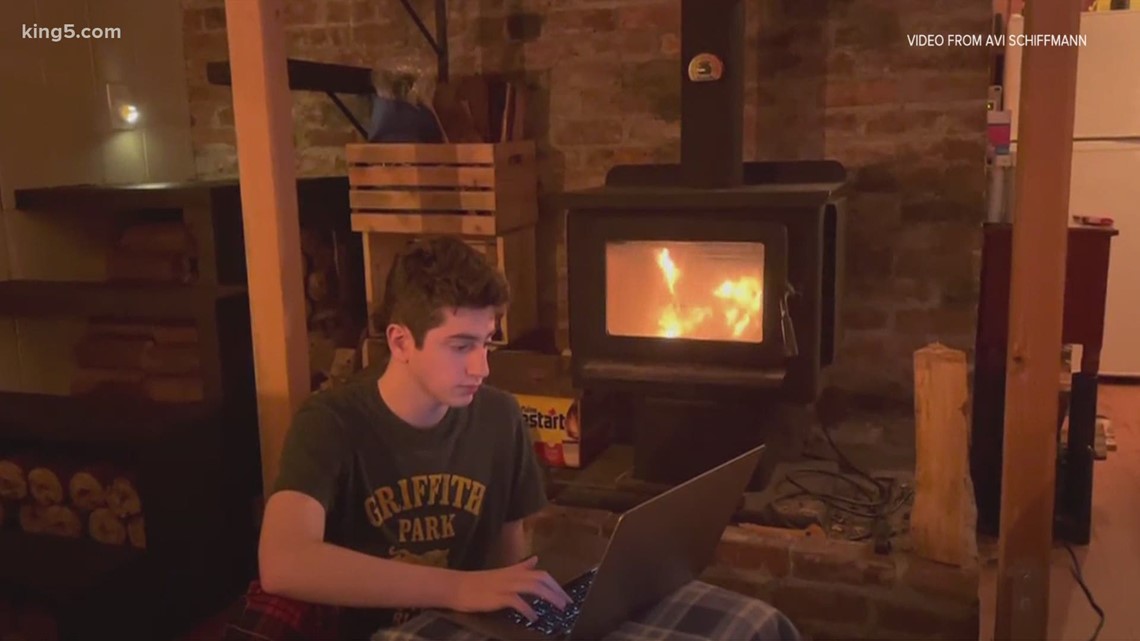 Avi Schiffmann’s open-source website featuring COVID-19 case data was getting millions of hits from all over the world. He is now one of the statistics he reports.

MERCER ISLAND, Wash. — A Mercer Island High School student who became globally-known after creating a website to track coronavirus data is now suffering from the virus himself.

Avi Schiffmann is now hoping his experience will send a message to his peers, who he said may not be taking the warnings seriously.

Back In March, Schiffmann started getting worldwide attention, even if people didn’t know his actual name.

At that time, he told KING 5, “I thought it was sort of cool to create a website that was a central hub of information,” when explaining why he created his website.

His open-source website featuring COVID-19 case data was getting millions of hits from all over the world.

Today, he’s now one of the 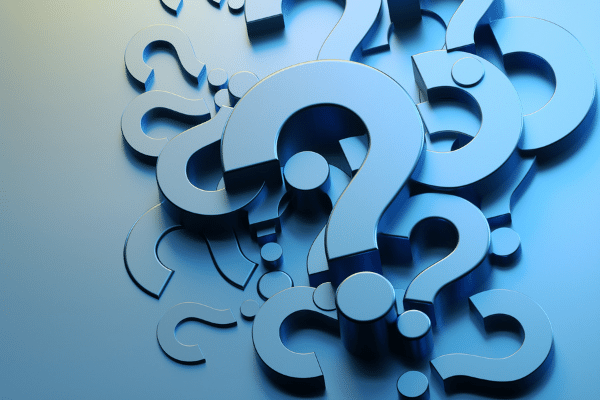 It’s a classic catch-22. A language service provider (LSP) needs to test candidates to build a reliable, competent pool of freelancers to deliver on a specific project. But without such a freelancer pool, designing such a test in-house would be difficult to impossible.

So the LSP may need to hire another provider to create a test and grade candidates, which will then require a fair amount of investment.

On the freelancer’s side, having to sit for a test may rankle; not only because of the time investment but also if the language professional has solid credentials. Or is wary of unscrupulous LSPs that assign work to freelancers in the guise of “tests” just to save a few dollars. But the reality is that certain high-profile clients or those working in domain-specific milieus may indeed require the linguists they hire to undergo testing.

These dilemmas and more are discussed in

Netflix has taken a cue from traditional television by launching its very own linear channel in France.

The service pioneered streaming and binge-watching practices, which have revolutionised the way people consume content all over the world, making this a somewhat surprising move.

Netflix Direct is a channel accessible only to subscribers, which airs content produced available on the platform in a linear format, much like a typical broadcaster.

The decision to launch exclusively in France was made after analysing viewing habits of users in that country, many of whom preferred scheduled programming over having to choose what to watch themselves.

Since Netflix exploded in popularity, users have joked that they spend more time scrolling through its vast catalogue than they do actually watching what is on offer.

“Maybe you’re not in the mood to decide, or you’re new and finding your way around, or you just want to be surprised 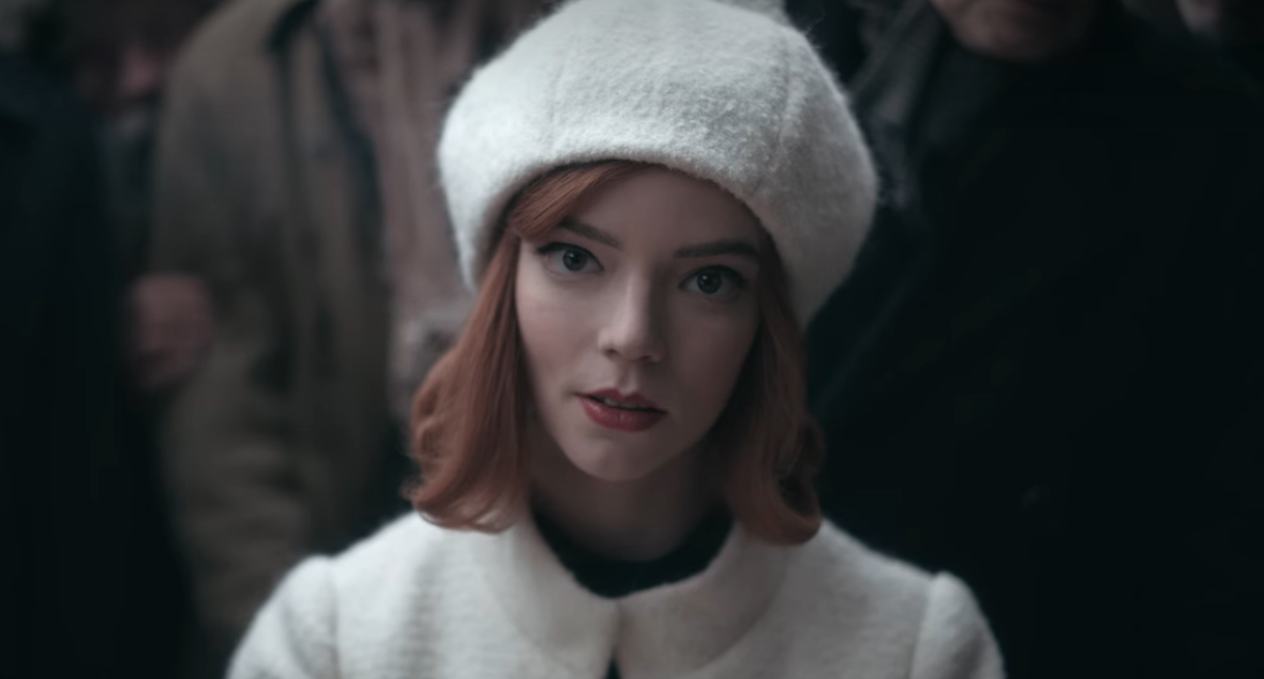 Through its new “Direct” channel, Netflix will offer subscribers a curated block of scheduled programming for the first time. With Direct, Netflix is heading into “real-time, scheduled programming” for the first time in its history. The linear channel will only 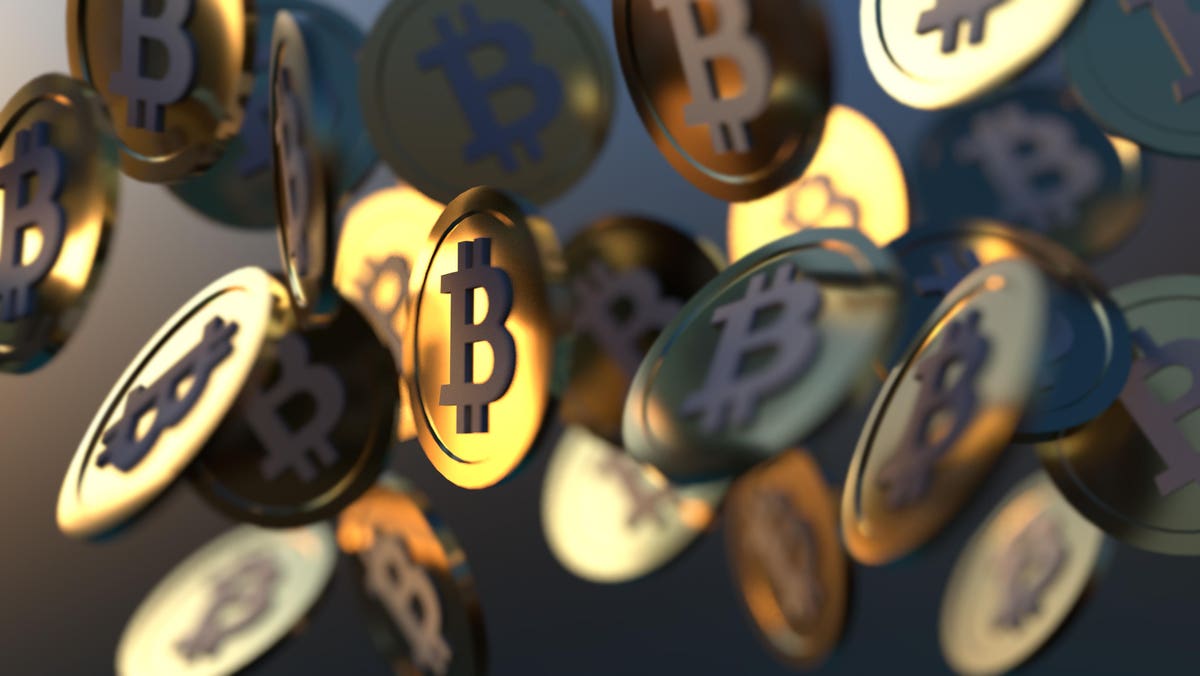 Bitcoin’s recent breakout could be one of the most important moves in its history. Not only is it happening at a seemingly crucial juncture for the economy, but it’s doing so as important relationships in the market are being tested and possibly preparing for a new regime.

Bitcoin and the Nasdaq have traded in lockstep for almost all of 2020, but over the past ten days they’ve traded at the lowest correlation in more than a year. Part of the excitement has surely stemmed from PayPal’s adoption of Bitcoin into its ecosystem, but you can’t ignore the timing of Bitcoin’s rally within the broader macro context.

As Bitcoin is detaching itself from stocks, its inverse relationship with the U.S. dollar the past six months remains strong. With expectations of big fiscal stimulus being an eventuality no matter who wins in November, Bitcoin bugs are giddy at the 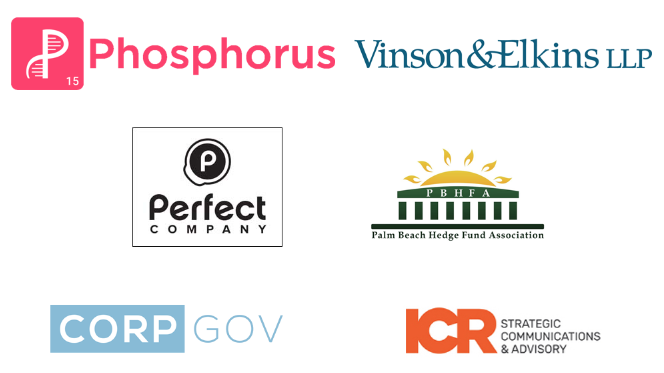 Will companies face wrongful death suits if an employee dies from of COVID-19? What happens to employees who break safety protocols and cause infection? Can companies demand employees return to the office? These are just some of the questions CorpGov addressed Tuesday, October 27, during the second event in its Reopening the Workplace series. 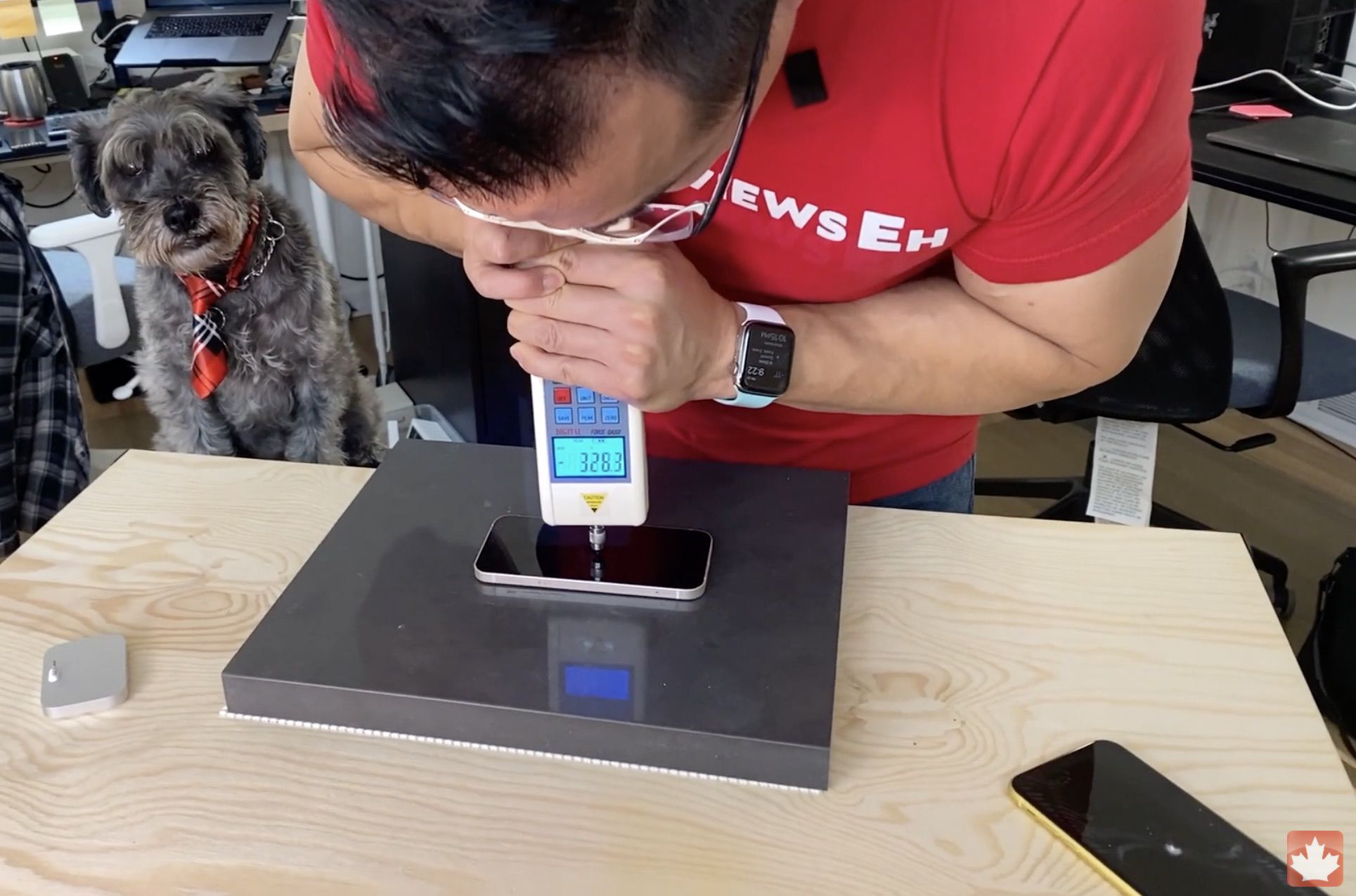 Apple’s new iPhone 12 models are protected by a Ceramic Shield cover glass that has nano-ceramic crystals infused right into the glass to improve durability. According to Apple, Ceramic Shield offers four times better drop protection than the glass used for the iPhone 11 models.

YouTube channel MobileReviewsEh conducted some tests on the ‌iPhone 12‌ using a force meter to compare its performance to the ‌iPhone 11‌.

In a separate scratch test, the ‌iPhone 12‌ was able to withstand scratching from keys, coins, rocks, and a box cutter, receiving no scratches on the display.

With a Mohs hardness test, the 6 and 7 points were 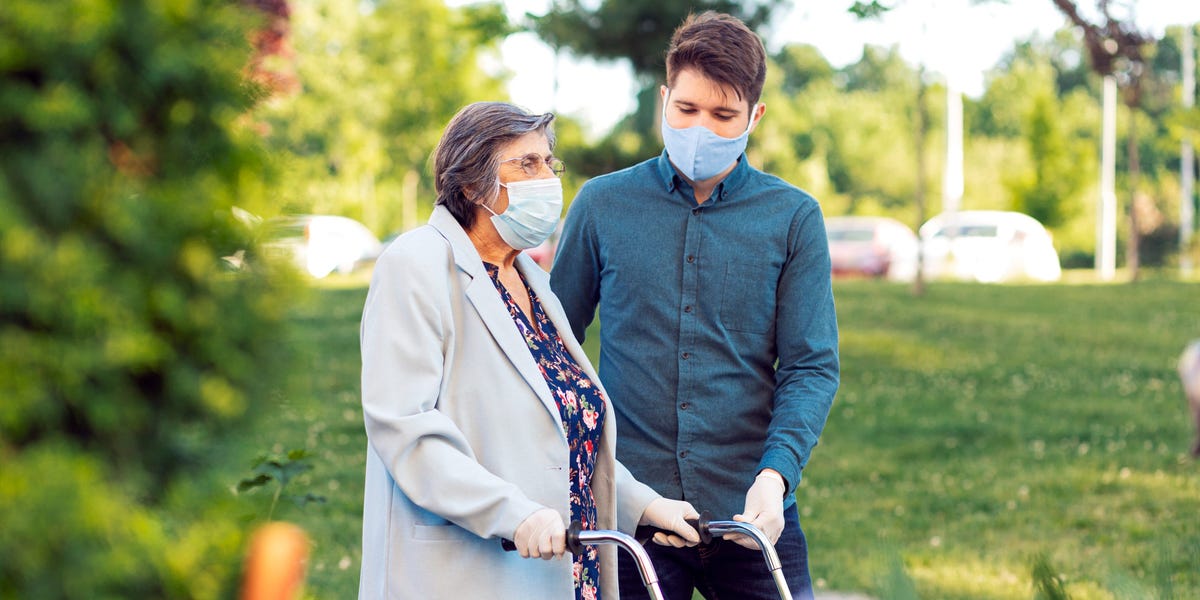 Facebook is testing a feature that connects users with their neighbors in community networks — similar to Nextdoor, the hyperlocal social network valued in the billions.

“Neighborhood,” which is being trialed in Calgary, Canada, will display posts, groups, and marketplace items from