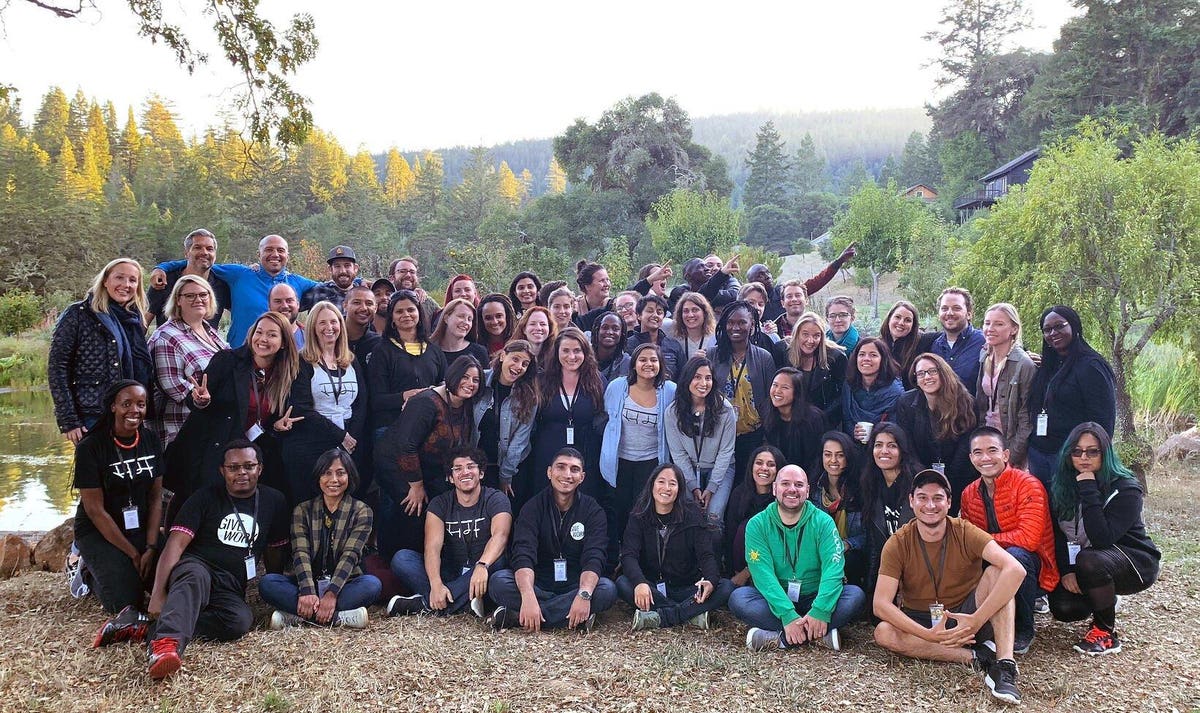 Whenever new technologies change the way we work, some worry that their jobs are in jeopardy. And sometimes, new technologies do make certain jobs obsolete. Artificial intelligence is an emerging force in the business world that has the potential to either replace humans in certain industries or empower humans with better tools, depending on how the technology is utilized. And in the high-unemployment COVID era when the terms “outsourcing” and “AI” stoke fears for workforce stability and opportunity, there needs to be a more human-centered approach to workforce training and development.

Samasource, a training data and validation company based in San Francisco, believes AI can enhance how we work and is advocating for “human-in-the-loop,” a work model that requires human involvement even with advanced technology. “It’s really this combination of human

Tuesday afternoon, the “About” page for Trump’s website was seemingly taken over by cryptocurrency scammers claiming to have “classified information” about the Trump administration and the novel coronavirus (COVID-19)’s origins.

“this site was seized,” the “About” page read, as captured in a screen grab by PEOPLE.

“the world has had enough of the fake news spreaded [sic] daily by president donald j. trump,” the hackers’ message continued. “it is time to allow the world to know truth.”

The message went on to claim that “multiple devices” had been compromised, giving the hackers “full access to trump and relatives.”

“most internal and secret conversations strictly classified information is exposed proving that the trump-gov is involved in the origin of the corona virus,” the message said. “we have evidence that completely discredits mr trump as a president. proving his criminal involvement

The Trump campaign’s website was briefly hacked late Tuesday, with the culprits posting a typo-riddled message on the site threatening to release “evidence” of the president’s “criminal involvement” in a supposed scheme to sway next week’s election.

The hackers, whose identity was not immediately known, only managed to crack into the Trump website’s “about” page. The rest of the website remained intact.

Within minutes of the breach being discovered, the Trump campaign took down the site, but not before some news organizations were able to screen-grab the ominous message.

“This site was seized,” the message claimed in bold text place underneath the insignias of the FBI and the Justice Department. “Multiple devices were compromised that gave full access to trump and relatives … we have evidence that completely discredits mr trump as a president. proving his criminal involvement and coorperation (sic) with foreign actors manipulating the 2020 elections.”