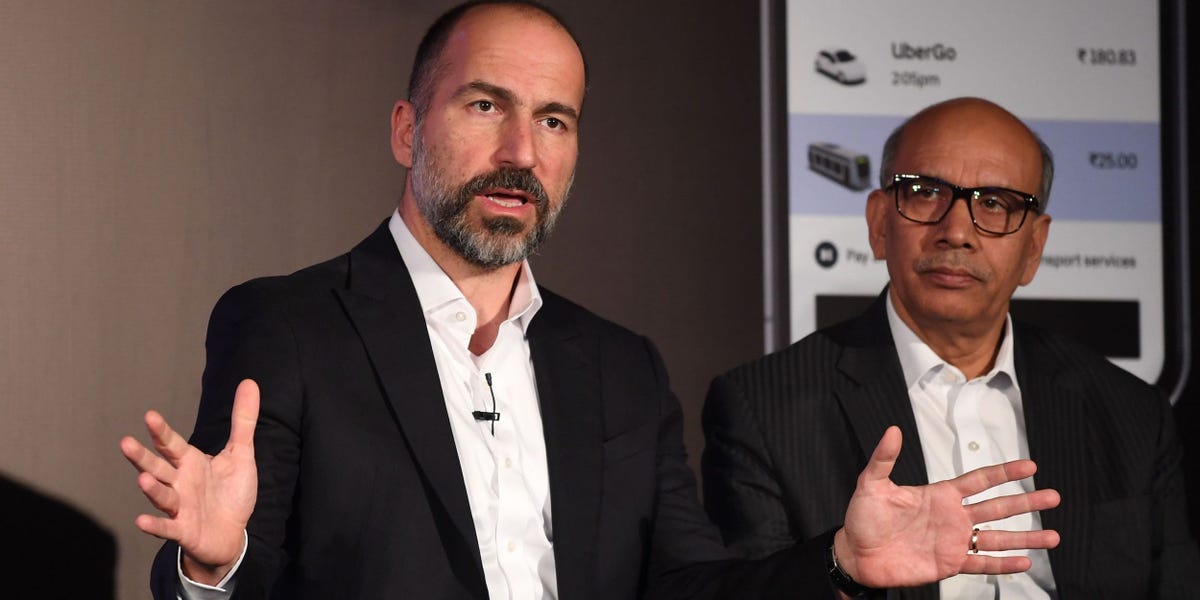 Though Uber has gone through multiple rounds of layoffs in the past two years, its pay for some positions is competitive with many of the biggest Silicon Valley tech firms, according to data the ride-hailing firm has shared with the US government.

The US Office of Foreign Labor Certification requires companies to disclose

Uber will reopen its San Francisco headquarters to staff for the first time since March, in response to some employees who said they’d like the option to work away from home.

In an email to employees Wednesday, the company said that starting Nov. 12, it will begin allowing employees to use the office as long as the city allows, though it’s capping capacity at around 10%, or about 250 employees. The company told employees they can work from home until at least July 2021. 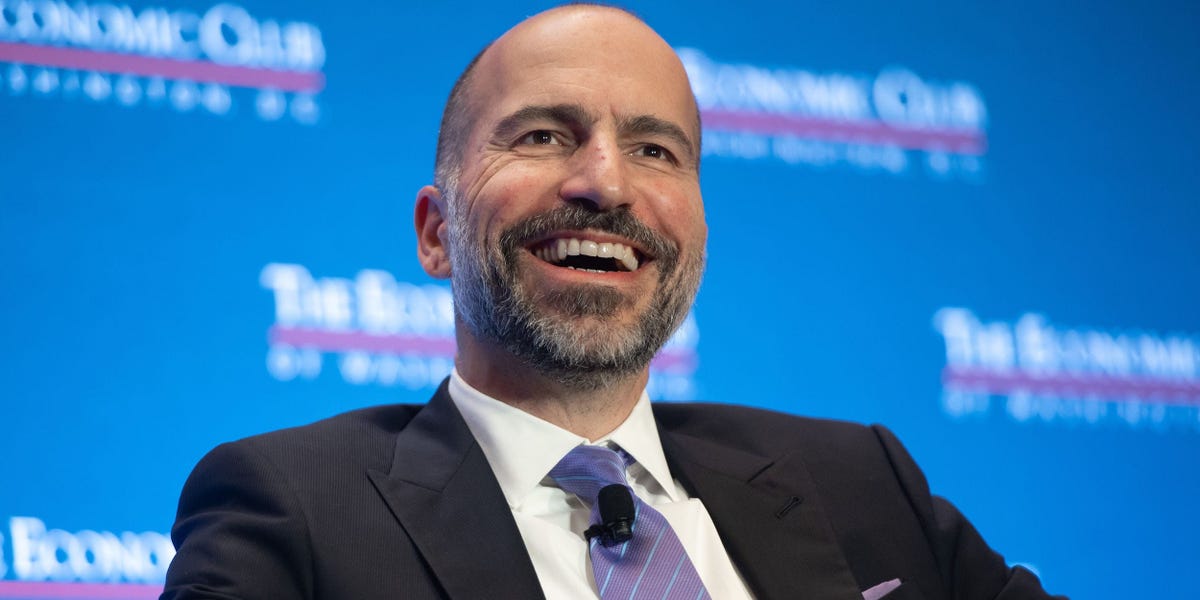 Uber’s pandemic recovery isn’t happening as quickly as investors would like.

The ride-hailing giant on Thursday revealed third-quarter financials that fell below analyst expectations and sent shares lower in late trading.

Overall losses for the quarter ended Sept. 31 totaled $1.09 billion, on adjusted revenues of $2.81 billion. Analysts polled by Bloomberg had expected an adjusted net loss of $876 million on revenues of $2.82 billion. Losses not including taxes and depreciation were smaller than last quarter, but greater than a year ago.

Uber’s stock price sank as much as 5% following the announcement, paring sharp gains from earlier in the week after the 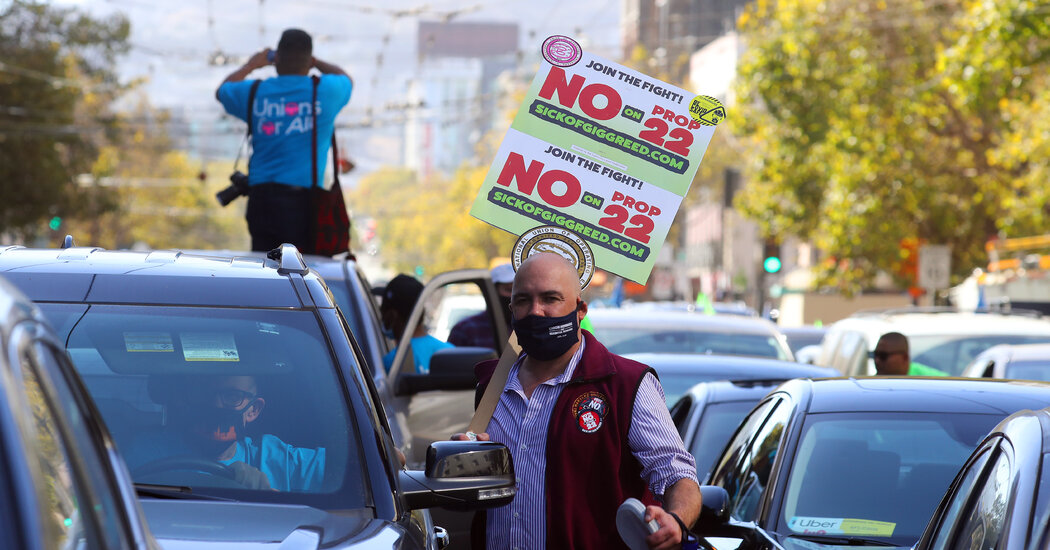 OAKLAND, Calif. — Drivers and other workers for so-called gig economy companies in California will not become their employees.

Uber, Lyft and the delivery service DoorDash designed the measure to exempt the companies from a state labor law that would have forced them to employ drivers and pay for health care, unemployment insurance and other benefits. As a concession to labor advocates, the initiative offers a wage floor and limited benefits to drivers.

The Associated Press projected early Wednesday that Prop. 22 had carried 58 percent of the vote. Prop. 22 faced the strongest opposition in San Francisco, where Uber and Lyft are headquartered, with more than a 19 point deficit.

Uber, Lyft and other app-based ride-hailing and delivery services prevailed at the ballot box in their expensive gamble to keep drivers classified as independent contractors.

The titans of the so-called gig economy bankrolled the most expensive ballot measure in California history to exempt drivers from being classified as company employees eligible for benefits and job protections.

The measure had more than 58% of the nearly 11 million votes counted so far.

Proposition 22 pitted the gig companies, including DoorDash, Postmates and Instacart, against labor unions. More than $225 million was spent — the vast majority by the companies.

The ballot question overrides lawmakers and the courts to keep drivers independent and able to set their own hours. If the companies’ had 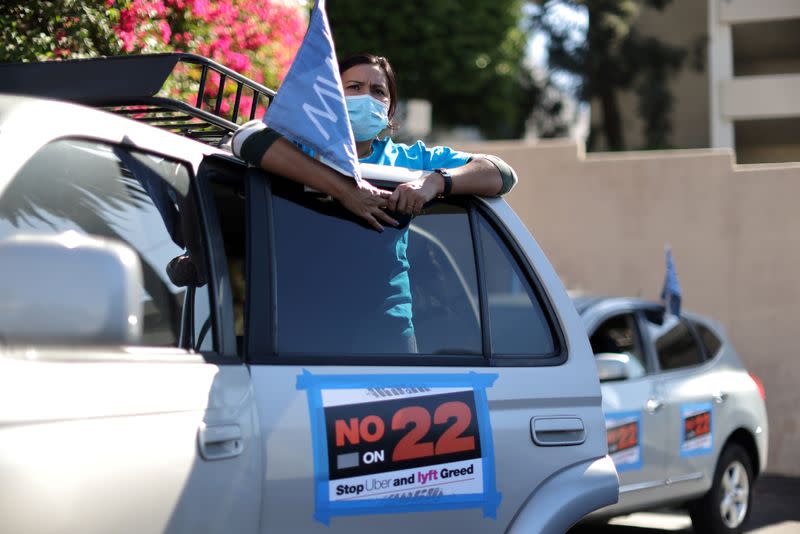 By Tina Bellon and Lisa Baertlein

(Reuters) – Voters in trend-setting California backed a ballot proposal by Uber and its allies that cements app-based food delivery and ride-hail drivers’ status as independent contractors, not employees, according to a projection by data provider Edison Research.

The result is one of the most closely watched decisions about the future of the gig economy, in a state that is home to app-based ride and delivery companies such as Uber and Lyft.

The measure, known as Proposition 22, marked the culmination of years of legal and legislative wrangling over a business model that introduced millions of people to the convenience of ordering food or a ride with the push of a button.

Companies described the contest as a matter of ensuring flexibility for a new generation of workers who want to choose when and how they work. Opponents saw it as an effort to

A recent study from the University of California, Santa Cruz shows that over 70% of gig workers work more than 30 hours a week but do not receive most employee benefits. If Prop 22 passes, app-based drivers 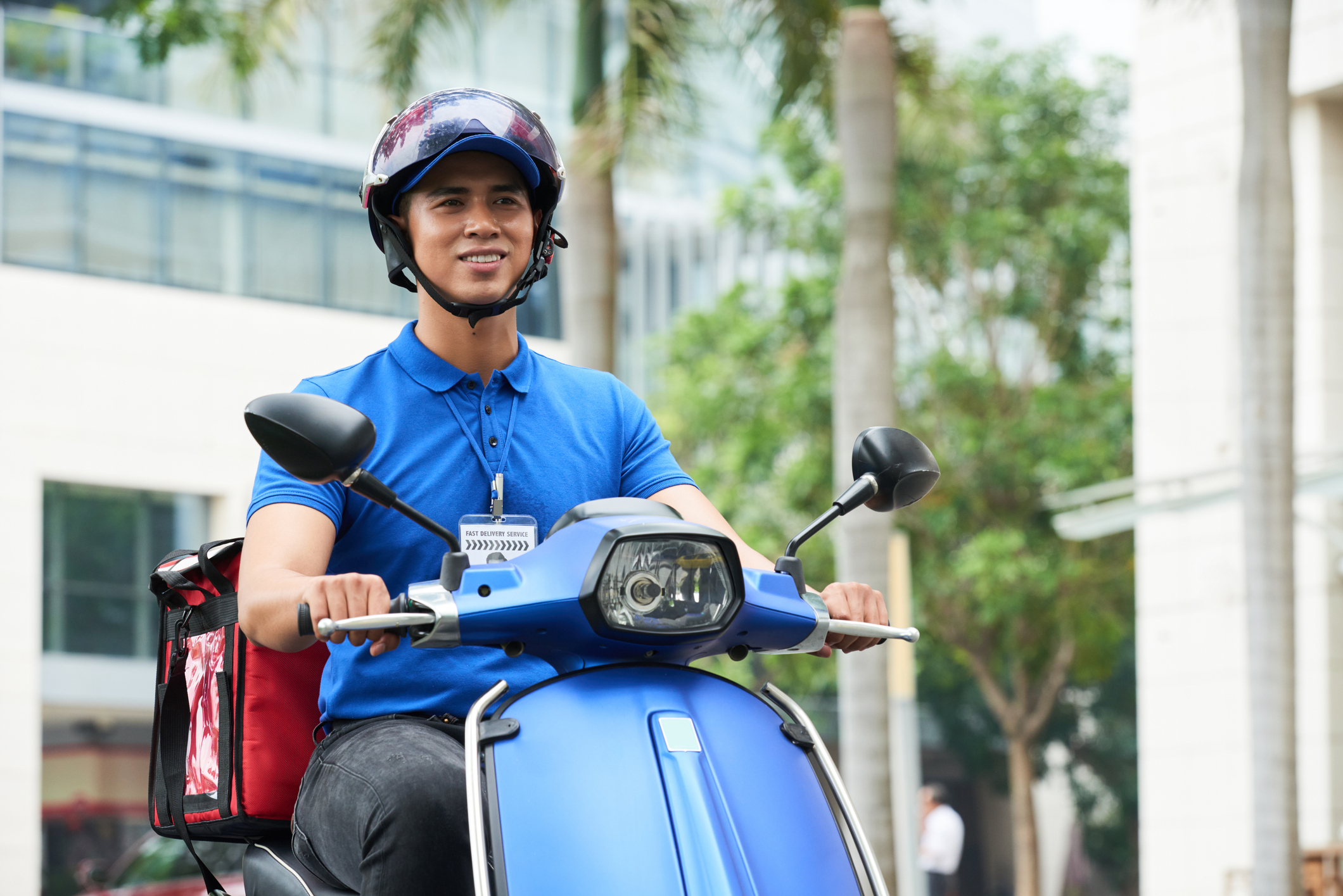 Yet as the third-party delivery and ridesharing industry consolidates, it is coming under closer scrutiny from politicians who view its practices as harmful to consumers and the restaurants they serve. More regulation of these businesses may be forthcoming. 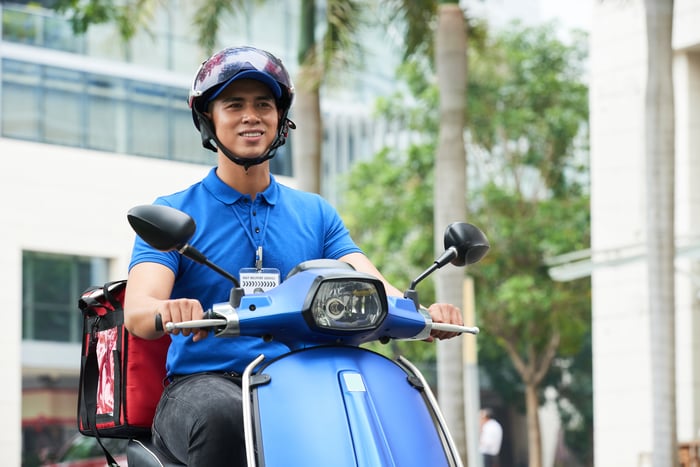 Lining up against delivery

California just banned the practice of adding restaurants to third-party delivery apps that the services don’t have a relationship with. Restaurants that didn’t offer their own delivery service as a means of controlling the quality of their food were still finding their menus listed with the likes of DoorDash, Grubhub, or Uber anyway.

The services argued they were introducing new potential customers to the restaurants, but last month, Gov. Gavin Newsom of California signed into law